An investigation by the FBI has revealed the hack against the Democratic National Committee (DNC) may be much larger than expected.

According to The New York Times, the hack extended well beyond the DNC, and may have affected hundreds of other Democratic party officials and organizations, including the Democratic Governors Association.

The FBI briefed staff members of the House and Senate intelligence committees last week on the investigation into the email hacks against the DNC in July. The FBI told staff it has no doubt that the Russian government was behind the hack, according to The New York Times, citing an anonymous staff member briefed on the matter.

The FBI said that it has no direct evidence that Democratic nominee Hillary Clinton’s private email server was hacked by the Russians. FBI director James Comey has said previously that hackers have tried to gain access into Clinton’s private server, and that they may have been skilled enough to leave no trace of a successful hack. The FBI also said that there is no evidence at this point that the hack extended to the emails of members of Congress or staff members of the intelligence committees. 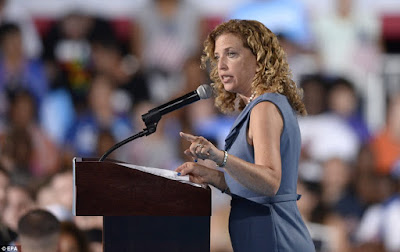 WikiLeaks, the group that released the DNC emails, recently offered a $20,000 reward for information on the death of a DNC staff member, Seth Rich, who was shot to death outside his Washington, D.C., home July 10.

News that WikiLeaks is offering an award raised questions that he may have been connected to the hacked emails, but Washington, D.C., police have said that there is no evidence that his death was connected to the DNC hack.

The victim’s mother told NBC Washington that police initially told her that her son may have been the victim of an attempted robbery. Police later backtracked on that theory, with the New York Daily News quoting police as saying that, “there is no immediate indication that robbery was a motive in this attack.” The victim’s body showed signs of a significant struggle, and the assailants did not take his watch, wallet, phone or credit cards.

Gizmodo reported that authorities have not yet been able to determine if the DNC email hack was part of standard espionage or if the Russians are deliberately attempting to influence the 2016 U.S. presidential election. WikiLeaks founder Julian Assange has stated publicly his organization has additional material set to be released in the coming weeks and months.

Well now, if the FBI said it's the Russians it must be true. After all, our government would never lie to us. Right Mr. Comey?

?????? the Russians want to try to influence the election?? Then why is granny cat lady still leading? Putin certainly doesn't want that old rat bag as POTUS?