Following up on some mega disclosures last week, this week we released 105 pages of newly obtained FBI “302” documents revealing that, beginning in 2010 and lasting through the Obama reelection campaign in 2012, the IRS orchestrated a deliberate policy of burying conservative groups’ tax exemption applications in bureaucratic delays.

Interviews with numerous Cincinnati IRS employees in mid-2013 reveal that “Tea Party” group applications were automatically denied approval and assigned to a special “Group 7822” for an extended “inventory” process while waiting for decisions from IRS headquarters in Washington, DC.

One IRS manager “asked why progressive cases were not segregated similar to the Tea Party cases, but she did not get any satisfactory answers.” FBI 302 documents are detailed narratives of FBI investigation interviews. The Obama Justice Department and FBI investigations into the Obama IRS scandal resulted in no criminal charges.

According to a Cincinnati “Group Manager” interview in July of 2013:

Group 7822 was composed of 12 to 15 people and was simply a place for the Tea Party cases to be held in inventory while the agent waited to receive guidance from the Washington office. There had been no precedence previously on these issues. If the case said it supports politics and political activity, it would be put into Group 7822. [Redacted] and then [Redacted] held the cases in inventory.

In the 14-month period when [Redacted] had the cases, he would ask for updates on guidance and was told they were still waiting on DC. He recalls receiving emails with contradictory guidance on whether the 501-c-3 or 501-c-4 cases should be denied. It was his understanding that a team would come and work the Tea Party cases when the guidance was provided … Nobody told him directly where the delay was in resolving the Tea Party issue. DC is like a black hole. 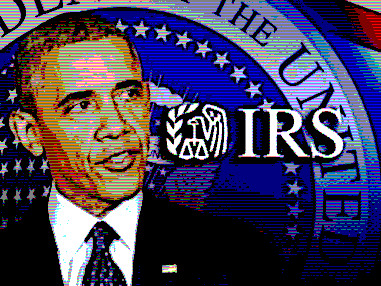 The FBI 302 interviews with Cincinnati IRS employees reveal that the agency adopted a series of policies assuring that Tea Party and other conservative group tax-exempt applications would not be approved before the November 2012 presidential election. The strategy relied upon the IRS’ multi-tier “bucketing” system that determined from the time an application was received whether it would be quickly approved or indefinitely delayed.

The first bucket – the “incomplete bucket” – automatically kicked the application back to the applicant because of missing documents. The second bucket – the “merit close” – meant the application met all the criteria and was quickly approved. The third and fourth buckets meant that other issues needed to be addressed by the applicant. According to FBI interviews with Cincinnati agency employees, top Washington IRS officials issued directives making certain that no BOLO (Be on the Look Out) Tea Party applications could be put in the “merit closed” bucket.

The strategy began in 2010, when the IRS Washington headquarters created its BOLO list and applied the term “Tea Party” to all political advocacy tax exemption applications. According to a Cincinnati Quality Assurance Specialist interviewed by the FBI, “The Tea Party was added to the emerging issues tab of the BOLO list in July or August 2010.”

Another Cincinnati agency official explained to the FBI what this designation meant to Tea Party and other conservative organizations: “If an item was on the BOLO list, that case could not be merit closed by the screeners/classifiers. [Emphasis added] A Cincinnati Grade 13 Revenue Agent explained to the FBI how this ended a Tea Party group’s hopes for early, or perhaps even eventual, IRS approval:

[Redacted] saw a few applications that were Tea Party cases and he sent them to a special group to work. [Redacted] identified cases by seeing if they had the Tea Party name or had verbiage that lined up with the Tea Party beliefs. If he saw this, he sent it for development because he knew he could not approve the case.

The “special group” the IRS employee sent the Tea Party applications to was known inside the IRS as Group 7822. As reported to the FBI by a Cincinnati Group Manager, “Group 7822 was composed of 12 to 15 people and was simply a place for the Tea Party cases to be held in inventory while the agent waited to receive guidance from the Washington office.” He added, “In his experience, getting guidance from Washington takes a while; but this seemed to take longer. It was typical for cases to sit and wait until they got guidance on how to apply the tax law.”

Another Cincinnati IRS employee explained to FBI 302 interviewers that for those Tea Party groups consigned to Group 7822 to await Washington approval, the wait could be almost interminable:

The cases were old. He did not think that was right because the applicants were waiting so long…. He believes the problem was getting a response from Washington. People developing cases would not receive feedback from Washington for a long time.

A Cincinnati quality assurance specialist told the FBI interviewers in detail of her frustrations with trying to get feedback in order to process Tea Party cases:

They called them “Tea Party cases.” She knew they were conservative groups from the stuff in the news in April 2010. Initially, she was assigned 20 cases. She received instructions from either [Redacted] or [Redacted] to contact EO Technical …

It then started to take longer and longer for [Redacted] to respond … By September 2010, he did not get back to her at all … The Tea Party cases started to backlog since [Redacted] was no longer responding … She knew the Tea Party was vocal in the news, and could see the perception that big government, the IRS, was holding cases. She expressed her frustration about the delay. She felt that every taxpayer deserves determination, approval or denial.

And an Exempt Organizations Determinations manager in the Cincinnati IRS office told the FBI interviewers that while she did not think Tea Party organizations were targeted, “The Tea Party designation [in the BOLOs] looks bad, especially since progressive cases were not included in these categories … [Redacted] asked why progressive cases were not segregated similar to the Tea Party cases, but she did not get any satisfactory answers.”

We previously released 294 pages of FBI 302 documents revealing that top Washington IRS officials, including Lois Lerner, who was interviewed in June 2013 and again in October 2013, knew that the agency was specifically targeting Tea Party and other conservative organizations two full years before disclosing it to Congress and the public. We’ve documented how Lois Lerner and the IRS worked with Obama Justice Department and FBI in an effort to prosecute the very groups the IRS was suppressing. Between this and the actual investigation being compromised by an Obama donor at the Justice Department (see below), the Obama Justice Department and FBI investigations into the Obama IRS scandal resulted in no criminal charges.

You can see how the FBI described the unlawful and purposeful bureaucratic delays orchestrated by top IRS officials in Washington, DC. That the FBI learned this concerns at least one IRS official about how the Obama IRS targeting of conservatives was ignored. It is incredibly corrupt that no criminal prosecutions were pursued.

Let’s all be prepared to push the next president’s Justice Department to follow up on this information in a renewed criminal investigation.

And, let us not forget: