Clinton still leads, but by a small three-point margin of 43 to 40 percent. Seventeen percent of voters report they don’t have an opinion.

Trump was at 37 percent in the Morning Consult poll published in the beginning of August. Clinton is down from the 46 percent she earned in that same poll. 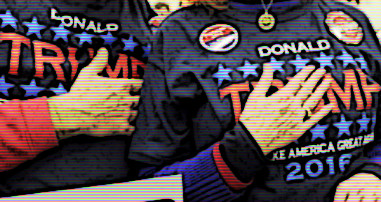 In the most recent head-to-head poll taken by the same polling agency, Clinton enjoyed a six-point national lead, earning 44 percent to Trump’s 38 percent.

The latest Morning Consult poll was conducted from Aug. 24-26. The poll surveyed 2,007 registered voters, and carried a margin of error of 2 percentage points in either direction.

Online Presidential Straw Poll - Who do you support for President in 2016?

Hillary and Huma are great card players. Overheard this weekend was
Huma asking Hillary, "can I get you another Foster?",
Hillary - OK, and "I'll bet you a goiter",
Huma - "well, I'll raise you a "Weiner"
Hillary, "what's my Bill worth?"
Huma, "I'm Biden my time"
Hillary, "I know, and you're sitting on my catheter".

Meanwhile, the LSM reports 'Hillary has reached the summit', but Trump has removed the rope she needs to get back down.