Left-wing billionaire George Soros’ non-profit network, the Open Society Foundations (OSF), is confident about the future success of its work in the field of immigration activism and may embark on a massive campaign on immigration issues in the near future.

That’s according to a candid 62-page document reviewing OSF’s work on immigration reform discussed in May at the group’s board meeting in Montgomery, Ala.

The document, which is one of 2,500 stolen from OSF in a massive hack and released over the weekend, shows that the Soros group believes that its $7.7 million investment in groups pushing for immigration reform was responsible for the passage of the Senate’s 2013 comprehensive immigration reform bill.

The bill, which was introduced by a bi-partistan group of senators known as the “Gang of Eight,” passed the upper chamber 68-32.

Though the measure was quashed by House Republicans, Soros’ group believes that pro-immigration groups were made stronger because of the investment in activists, alliances, infrastructure and media outreach, the document shows. 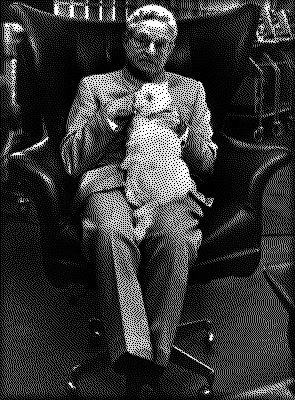 “Although [comprehensive immigration reform] was not achieved, winning the Senate with such a large, bipartisan majority was a partial victory and further than the movement had gotten in recent decades, and, as a result of the effort, the immigrant rights movement infrastructure matured and ultimately emerged stronger, more coordinated, and more cohesive,” reads the document, which includes a presentation from Ivy O. Suriyopas, a program officer with OSF’s U.S. Programs.

In it, Suriyopas conducted an analysis of OSF’s spending on the immigration reform campaign to determine whether it was worth it. While she pointed to numerous shortcomings, she said she believed that the money and time pushing for comprehensive immigration reform was worth the investment.

To achieve that goal, the Soros network’s U.S. Programs Advisory Board authorized the creation of the Immigration Innovation Fund. Soros committed $15 million over the course of three years to fund the initiative.

Spotting an opportunity in the wake of President Obama’s first amnesty executive action — Deferred Action for Childhood Arrivals, which was announced in June 2012 — OSF mobilized to form a coalition of activist groups and labor unions operating under the name Alliance for Citizenship (A4C).

OSF gave A4C $4.7 million through April 2014 to act as a coordinating cody and a “conduit for pass-through funding.” Soros’ groups spent $7.725 million in all in 2013 to support immigration reform.

According to Suriyopas, that spending was integral to getting immigration reform passed in the Senate.

“OSPC’s significant investment in CIR, and A4C specifically, led to the passage of a historic bipartisan bill through the Senate,” the document reads.

“While the compromise bill was imperfect, the alignment between the immigration groups, the Administration, and historically adversarial groups (including business, faith, and labor) was maintained throughout the process of securing the Senate bill.”

According to the meeting documents, A4C’s objective was to develop a “coordinated national campaign, strengthen and align the progressive movement around immigration reform as well as coordinate with nontraditional allies (e.g. faith-based groups, business interests, law enforcement), recruit additional advocates, lobby key members of the Senate, and influence development of the legislation.”

Suriyopas pointed to one tweak that OSF made in its 2013 initiative versus the 2007 immigration push.

The new coalition “intentionally included” SEIU, the U.S.’s largest union for service industry workers, on one of its working groups in order to “avoid a fracturing of labor from the coalition.”

A split between labor groups and pro-reform activists occurred during the 2007 fight for comprehensive immigration reform, according to the document.

Opponents to the measure “mounted a successful political and cultural fight,” immigrants and their advocates lacked electoral and political power to influence policymakers, and activist groups did not do enough to forge relationships with members of the House.

But Suriyopas suggested that another coordinated, large-scale campaign may not be too far off in the future.

“U.S. Programs needs to fund communications research and explore the timeline for another potential campaign or coalition down the line,” the document reads.

“There has been an understanding among funders and the immigrant rights movement that building such short-term structures, and starting anew for the next effort, has led to stronger efforts and a stronger movement with each iteration,” it continues, noting that “there are many lessons to carry forward from the 2013 experience with A4C.”

Aren't the Koch brothers, pretty much, in on that too? At this point, can a billionaire afford not to be? Which... yeah... Trump. But then... Hillary, and the rest of the Republican field. I'd like to give up, but there is hope. The greater the hope, though, the less real chance of it. I don't think the American people, or Western people, have any friends in business or politics. It's going to get ugly.