The lunacy of the Eco-nuts: Oil? No. Natural gas? No. Nuclear? No. Coal? No. Clear-cutting pristine mountaintops for wind-farms: Hell, yes!

The pristine views from several New Hampshire peaks will be inaccessible to hikers and snowmobilers thanks to a delightful wind-farm project that will clear-cut a set of mountaintops.

A couple of us rode over the peak yesterday and the very top was closed due to logging. We stopped to inquire and were told they were clearing the top, down to the 2700 ft elevation for the installation of Wind Towers. 2700 feet is roughly where the "T" intersection (134/110) is on the South side of the peak. 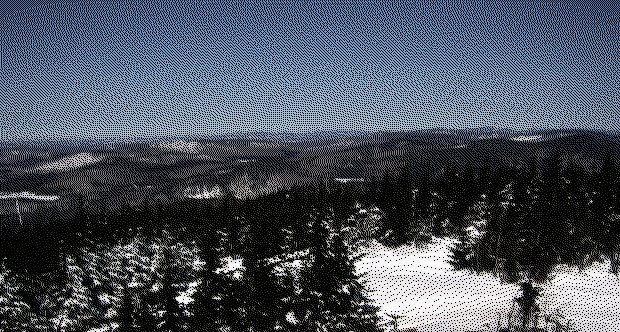 They said they were clearing it all by April 1st, and that 30 Wind Towers were being installed in the area (maybe 30 including those at this location)...

• Each requires 1.6 acre total clearing around them.

• Will be lit at night per FAA regulations.


I'm a fan of finding and using other sources of energy, but this is not the place. These towers are being installed in one of the FEW locations in the state where there is no evidence the area has EVER been logged. Now there will be 30 concrete platforms and a 30' wide gravel road across the top of these ridges. Why don't we install the towers, 1 on top of each of those skyscrapers in the cities? Those are already an eye sore, can't make them any worse. This project is turning 'God's Country' into disaster. How many of you that are in favor of these windmills AND their current locations (NIMBY) would favor installing windmills on top of Mt. Washington? Plenty of wind up there...

The project, approved in 2009 presumably at the behest of the Obama administration, is the very height of hypocrisy.

Can you imagine the outcry from the eco-Marxists had a coal company leveled the foliage on these beautiful mountaintops?

Wind turbines will be illegal in a few years because they rob the atmosphere of its kinetic energy, and slow - wind. I am serious - this is a significant problem.

These people are truly morons.

With the wind turbines or without, the same capacity of nuclear or conventional standby will be an absolute requirement.

How much can all of that cost?

The people who will pay for it should wake up.

Don't forget all the owls/hawks/eagles/turkeys the turbines will chop up.