...the rolling thunder of the approaching ObamaCare train can be heard in the distance. Smart Democrats are beginning to get frantic about the need to suppress the confusion and hide the cost of ObamaCare between now and the 2014 midterm elections. We are just three months away from the October 1st enrollment start date and so far, nothing about the ObamaCare implementation process should be politically encouraging for Democrats. In fact, the more people learn about ObamaCare, the more frightened they become.

Which may explain this report:

The Obama administration will not penalize businesses that do not provide health insurance in 2014, the Treasury Department announced Tuesday.

Instead, it will delay enforcement of a major Affordable Care Act requirement that all employers with more than 50 employees provide coverage to their workers until 2015... The administration said it would postpone the provision after hearing significant concerns from employers about the challenges of implementing it.

...The Affordable Care Act requires all employers with more than 50 full-time workers provide health insurance or pay steep fines. That policy had raised concerns about companies downsizing their workforce or cutting workers’ hours in order to dodge the new mandate.

Why the delay? Insiders say it has nothing at all to do with you or I, the American citizen. It has to do with the midterm elections:

...the Treasury source said the extra year will give the White House an extra year to persuade health insurers to participate in the exchanges that make up the backbone of the Affordable Care Act.

The revised timetable, the source added, will also push back the final implementation of Obamacare's penalties past the 2014 midterm elections... 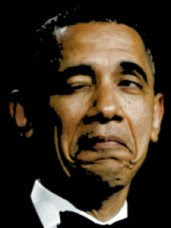 House Oversight and Government Reform Committee chair Darrell Issa, a California Republican, piled on Tuesday evening, drawing attention to the GOP's efforts to repeal the Obamacare law in its entirety.

'The House has repeatedly voted to repeal Obamacare because it will not work and is bad public policy,' Issa said in a statement. 'The President has delayed a critical component of the Affordable Care Act because it is absolutely unaffordable for American job creators and workers. It is unclear that he has the authority to do this without Congress.'

'This is another in a string of extra legal actions taken by his Administration to mask the horrible impact his law will have on the economy and health care in the United State...'

If we had an effective opposition party -- you know, the opposite of John Boehner, Karl Rove, and the rest of the RINO dolts -- the IRS would have been completely defunded after its latest scandal. I'm guessing 80 percent of the American public would have been okay with that and it would have prevented the enforcement of Obamacare.

But those deep thoughts are far beyond the GOP establishment wimps who spend more time and energy fighting their conservative base than they do the Marxist Left.

The delay is part of the new United Soviet States of America: optional law.

The Administration is obstructing the implementation 0bamacare.

Feel the fierce urgency of change!!!

Hey Nancy - they found out what was in the bill - the same as what's in you - BS!

What is up with these Neo-Libs?