It would appear that the Obama administration is not only spying on Americans' domestic telephone calls, but stealing their personal financial records as well. 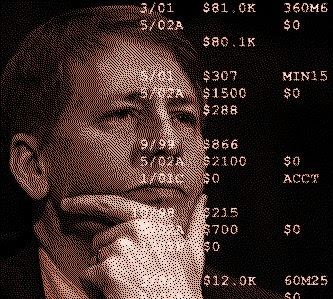 Judicial Watch announced today that it has obtained records from the Consumer Financial Protection Bureau (CFPB) revealing that the agency has spent millions of dollars for the warrantless collection and analysis of Americans’ financial transactions. The documents also reveal that CFPB contractors may be required to share the information with "additional government entities." The records were obtained pursuant to a Freedom of Information Act (FOIA) request filed on April 24, 2013, following the April 23 Senate Banking Committee testimony of CFPB Director Richard Cordray...

[The documents outline the] scope of the [CFPB] program accordingly:


The panel shall include 5 million consumers, and joint borrowers, co-signers, and authorized users [emphasis added]. The initial panel shall contain 10 years of historical data on a quarterly basis [emphasis added]...
The CFPB data collection program has been highly controversial since the April 2013 hearing, when Cordray disclosed elements of the venture at a Senate Banking Committee hearing. At the time, the US Chamber of Commerce accused the CFPB of breaking the law by demanding the account-level data without a warrant or National Security Letter.

In short, the Obama administration is unlawfully collecting the private financial information of millions of Americans. This time, it's under the aegis of another massive, thousand-plus page bill (Dodd-Frank) that not one legislator read or understood before voting upon.

Let's recap: the Obama administration is building a massive database on you. Your private health information, your personal financial data, your telephone calls, your Internet activity and -- soon -- your driving habits.

I forget: would you call this sort of activity by a government fascism, despotism or totalitarianism?

Or just all of the above?