NINTH CIRCUIT: Yes, We Approve of the Violent Balkanization of the United States Like Yugoslavia

In case you haven't heard about the bizarre Ninth Circuit decision regarding students punished for wearing American flag T-shirts to school, please consider: 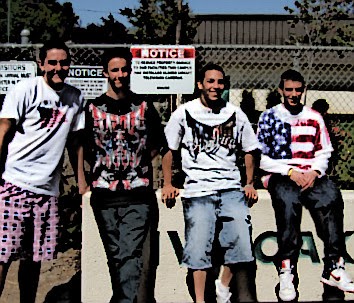 Yesterday, the 9th US Circuit ruled that the display of the American flag could be banned in a school if enough hoodlums threatened violence and the school lacked the will to do anything about it.

Apparently Live Oaks High School in Morgan Hill, CA allows a celebration of Cinco de Mayo. Cinco de Mayo, as we know is a Mexican holiday that was popularized in the US by chain restaurants wanting to sell super-sized margaritas and Dos Equis beer. Why that day? When it is safe to say 99% of the people celebrating it and a higher percentage of the students at Live Oak High School, regardless of heritage have never heard of the Battle of Puebla and couldn’t find it on a map. I don’t know.

Some American students, and I use that term deliberately without regards to ethnicity, objected to the giving over of the school to Mexico for the day and protested it by wearing American flags or American flag apparel...

...Rather than take action against those threatening violence, the principal, showing the moral and physical courage the educational establishment is so famous for, sent home the kids wearing American flags, in an American school, in freakin United States of America.

And, most importantly, "it is forbidden to notice that there is a cause-and-effect relationship between illegal immigration and these woes"? 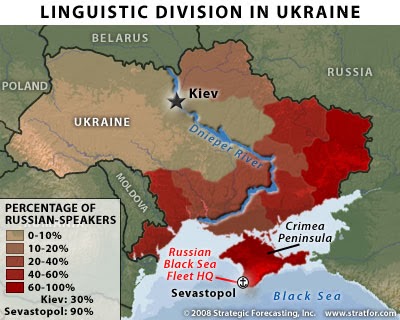 Multilingualism rips countries apart. The term Balkanization -- represented by countries like Yugoslavia -- is "the process of fragmentation or division of a region or state into smaller regions or states that are often hostile" to one another.

The Ukraine is but another example, its history rife with division and conflict even today.

Fast forward to the collapse of the Soviet Union, and we find that that fundamental division made hundreds of years ago, between East and West, Ukrainian and Russian speakers, is now a central issue. Once again, our bad neighbor to the East is trying to sweep Ukraine into its stifling embrace, exploiting the ancient divisions it helped cause.

And the Ninth Circuit's ludicrous decision affirms that we are indeed on the path to a dissolution of the Republic.

As an American of Spanish descent, i am disgusted by this courts ruling....What i do on 5 May is...I drink a toast, (or a few toasts) for the men, Anglo and Tejano, who died in the Alamo.....Remember the Alamo!! To hell with cinco de mayo.
BcAz