AS SECRETARY OF STATE: Hillary Refused to Act Against "The Most Deadly Terrorist Group In The World"

Among Hillary Clinton's litany of scandals, her failure to act against the most vicious Islamist terror group in the world may be the most sordid.

Boko Haram was the most lethal terrorist group in the world last year, but Hillary Clinton’s State Department refused to add them to its list of foreign terrorist organizations despite pleas from the CIA, FBI, and the Justice Department.

It’s yet another reminder -- despite Clinton's protestations -- of her horrific record on national security issues:

Boko Haram Ranked Ahead of ISIS for Deadliest Terror Group 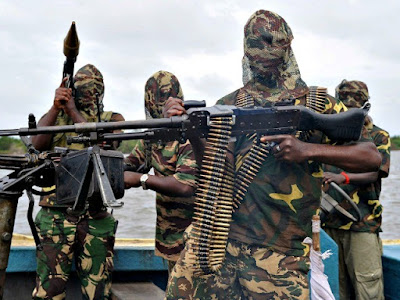 DAKAR, Senegal — As much of the world remains focused on the Islamic State and its horrific attacks in Paris, another radical band of extremists has, by one account, captured the infamous title of the world’s deadliest terrorist group: Boko Haram.

Boko Haram, the militant group that has tortured Nigeria and its neighbors for years, was responsible for 6,664 deaths last year, more than any other terrorist group in the world, including the Islamic State, which killed 6,073 people in 2014, according to a report released Wednesday tracking terrorist attacks globally.

The death toll in Nigeria mounted on Wednesday, with a bombing in Kano State in northern Nigeria, not even a full day after Boko Haram was suspected in an explosion that killed and injured dozens in another nearby region.

In Kano, the authorities said that two female suicide bombers detonated vests at a cellphone market at about 4 p.m., killing at least 12 people and wounding dozens. Witnesses and Red Cross officials said that as many as 50 or 60 people died, though the number could not be independently confirmed. Officials accused Boko Haram in the attacks.

You know, if you can ignore the mass-murder that resulted, Hillary Clinton's tenure at the State Department would make an excellent National Lampoon movie.

???? Clinton hasn't been Secretary of State since 2013, so how is it her State Department?