MEMO TO MARCO RUBIO: It’s not the "crime", it’s the cover-up

The Rubio presidential quest has had a good few weeks—strong at the debates, sound on policy, positioned well as the conservative alternative to Trump and Carson—but the media sense blood in the water.

The immediate cause of your troubles, of course, is your credit card records—particularly your use of a Republican Party credit card from January 2005 to October 2008 to cover personal expenses while you served in the Florida House of Representatives. Some of your credit card records were obtained by the press during your Senate campaign, as the Tampa Bay Times reported last week. On Saturday, you moved quickly to address the growing “scandal” by releasing the rest of the records. 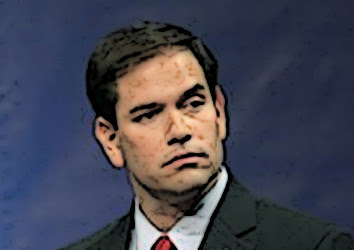 Smart move, and emblematic of your nimble, aggressive campaign style.

But the credit card mess will seem like a walk in the park after your opponents—whether on the GOP side or Mrs. Clinton’s scorched-earth operatives—get to the case of your cocaine trafficking brother-in-law, Orlando Cicilia.

Cicilia did his time and has stayed out of trouble, remaining a treasured member of your family, but that doesn’t matter. Life is unfair. Somebody will drag it up and hang it around your neck.

For the media, it’s an irresistible story: Cicilia’s close association with cocaine kingpin Mario Tabraue—supposedly the model for Al Pacino’s Tony Montana in “Scarface”—and the disappearance of courthouse records when a Florida investigative reporter started looking into your connection to Cicilia.

In 2011, as Ann Louise Bardach recounted recently in a detailed profile for Politico, Gerardo Reyes of the investigative unit at Univision stumbled across the Cicilia connection while working on a story about you. Cicilia by that time was long out of prison, having served twelve years on cocaine-related charges. Reyes went to the federal courthouse and requested all the Cicilia files. A month later, the box arrived.

“However,” Bardach reported, “there were large gaps in the files. Missing was documentation about Cicilia’s parole hearings, such as who testified or sent letters of reference on the inmate’s behalf and what role, if any, Marco Rubio or others may have played.” Team Rubio went on the attack against Univision and Reyes, “launching a ferocious lobbying assault to kill the story.”

The Rubio vs. Univision brawl was fought to a draw. The New Yorker detailed the case here. The Cicilia case is well known in Florida media and investigative circles, but not in the nation. At least not yet.

In a new development, Bardach reports that Politico was shown “never-before-reported documents” revealing that “federal case files related to Orlando Cicilia’s narcotics conviction were destroyed three days before the court acted on the Univision request for them in July 2011. A spokesperson for the federal courts said the documents were ‘destroyed in accordance with the record schedule,’ and that it was just a coincidental ‘matter of timing’ that Univision was pursuing the story. Reyes first made the request in person at the courthouse a month earlier, in June. According to internal memos at Univision, obtained by Politico, court clerks in Miami and at the Federal Records Center in Atlanta told the network that the destruction happened after that request was made.”

If you figured in those records, their destruction is an amazing stroke of good fortune. But remember, documents often exist in more than one copy, in more than one form, and if someone ordered the destruction of the records in something other than “accordance with the schedule,” that could be trouble for you. Remember as well what sunk Nixon in Watergate and almost brought down the Clintons in Whitewater—it ain’t the crime, it’s the cover-up.