READING THE ELECTORAL TEA LEAVES: We Win, They Lose

It’s hard to think of any other way to characterize the off-year elections results across the nation, than that the rejection of liberalism and progressivism continues unabated. Races across the country, and even some key social-issue elections, don’t portend well for those on the left of the political spectrum.

Perhaps the most significant race was for the governorship of Kentucky. Matt Bevin, a political outsider and Tea Party activist, was trounced just a year ago by 25 points in a primary defeat by the Senate Majority Leader, Mitch McConnell. A year later, he’s the governor elect of the state.

There are many takeaways from his success, but the most obvious is that his conservatism was across the board, from fiscal to social. While the Obama administration has been holding Kentucky up as an exemplary success story for Obamacare, Bevin ran against it, based on costs, cost of coverage, and declining healthcare provision under the ACA. He also ran on the social side of the issue, proposing to defund Planned Parenthood, the largest abortion provider in the nation. 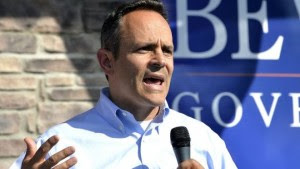 And he embraced and supported the cause of Rowan County Clerk Kim Davis who refused to issue marriage licenses for same-sex marriages because of her religious convictions. And according to Davis, the governor elect even (gasp) prayed with her when she was incarcerated.

His first order of business is to make the Bluegrass State a right to work state. Diminishing union political clout and increasing voter focus on economic issues could have more broad ramifications even beyond Kentucky, and the southern states generally.

It’s difficult to say what the key factor was in Bevin’s victory. As recently as a day before the election, he was projected to lose by five points. Instead, he won by ten. But it’s hard to overstate the significance of a fiscal and social conservative winning the gubernatorial race in a seat that has only had one other Republican governor in the past 50 years. Oh, and his running mate, the Lt. Governor elect, Jenean Hampton, is now the first black elected to statewide office in the state’s history. And she’s also a Tea Party activist.

Elsewhere across the land, Virginia Governor Terry McAuliffe, a close friend of the Clintons, went all-out to pick up at least one additional seat to give his party control of the state senate. He solicited PAC money from outside the state and by all accounts, outspent Republicans nearly 4 to 1, yet was unable to pick up even one seat. Interestingly, much of the outside money was advocating stricter gun control legislation. This may be indicative of the mood of the country toward restrictive 2nd Amendment efforts, which does not bode well for the left.

Houston had an Equal Rights Ordinance on their ballot that banned discrimination based on gender identity and sexual orientation. It had been passed by the Houston city council and had only been on the city ordinance books for three months, before voters overwhelmingly repealed it with Tuesday’s vote. Even the White House had weighed in on this local issue, but on the losing side of the argument.

In San Francisco, Sheriff Ross Mirkarimi was defeated. The sheriff received national attention when he steadfastly defended the city’s controversial “sanctuary city” policy of protecting illegal aliens, after illegal migrant Francisco Sanchez shot and killed a 32 year-old woman on the waterfront in July. But based solely on one logical vote, it’s entirely premature to claim voters in San Francisco may have actually found their marbles so long lost.

In Mississippi, Republican Governor Phil Bryant was easily reelected. The GOP also increased their majority in their House by nearly 10%, giving them nearly a super majority, defeating the House Minority Leader in the process. Voters in Ohio rejected liberalization of medical and recreational marijuana laws.

With but few exceptions, it was a banner election for liberty, free markets, economic growth, traditional social conventions and institutions, rule of law, and common sense governance. As boisterously as the mainstream media have been proclaiming the demise of the Tea Party, one can’t help but surmise, as did Mark Twain, that news of their death has been greatly exaggerated.

If anything, there seems to be a deepening and widening conviction that exceeds the traditional purview of the Tea Party, and is more fundamentally etched in the broader body politick. It’s gone mainstream. That conviction has been spawned, nurtured, and invigorated by none other than our community organizer in chief. He almost single-handedly has orchestrated the resurgence in the conservative ideals of American exceptionalism. Just as he’s been the most effective gun salesman over the past several years, he’s been the poster child of all that can go wrong when distinctly anti-American ideals are foisted upon the republic.

Since the 2010 midterms, the Democrat party has lost over 1,200 seats in government according to Real Clear Politics. That’s governorships, state senate, state house, town councils, county leadership, city councils, and mayors. Not only are they losing on economic issues, but they’re losing on the social issues. And it’s no surprise, for even though the left has been winning on so many fronts, the broader populace is not pleased. According to a Washington Post, ABC News poll in July, fully 63% of adult Americans are either strongly or somewhat uncomfortable with the direction of the country on social issues. We mustn’t forget who is driving that “uncomfortable” agenda.

With the socialist-left end of the political spectrum dutifully and ideologically represented by the Democrat party, the worst thing would be for Republicans to basically be the socialist-lite party. If the GOP wants to continue winning, it appears increasingly that the way for them to do so is by returning to the core values their party is based on, economically and socially.

-- ...the worst thing would be for Republicans to basically be the socialist-lite party. --

It would indeed be the worst thing, if the GOP were what its platform purports it to be. But its strategists and tacticians are far more concerned with preserving the positions and power of its Establishment than they are with anything resembling a principle. Were it otherwise, we would not be hearing about major figures within the party conducting secret campaigns against the conservative presidential candidates and the "outsiders" who've so effectively dramatized voter discontent with the political elite.