Opposing the Obama administration decision to accept 100,000 Syrian refugees, states may be fighting a losing battle in the wake of the Paris terrorist attacks.

Citing security concerns, 30 governors — from Texas to Massachusetts and including at least one Democrat — informed President Obama their states will not accept refugees from the Muslim country.

“Neither you nor any federal official can guarantee that Syrian refugees will not be part of any terroristic activity,” Texas Gov. Greg Abbott wrote to Obama on Monday. “As such, opening our door to them irresponsibly exposes our fellow Americans to unacceptable peril.” 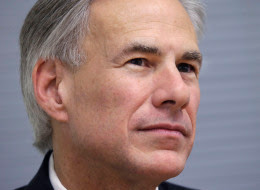 DON’T MESS WITH TEXAS: Gov. Greg Abbott says “the threat posed to Texas by ISIS is very real.”
Like it or not, states have little or no choice.

“Governors do not have the capability to prevent a refugee who is here and admitted lawfully to the U.S. from residing in their state. It is not something they can do,” Lucy Carrigan, a spokeswoman for the International Rescue Committee, told the Washington Post.

“Refugee admission is a federal matter … and states don’t have veto power in this area. It would violate the Constitution for a governor to bar an entire group of refugees because of their nationality,” Burke told Watchdog.org.

The State Department maintains a list of 180 U.S. cities eligible for refugee resettlement.

Previous refugee drops have centered on cities and states with strong resettlement agencies, such as Lutherans in Minnesota and Catholics in Wisconsin.

Once in the country, refugees are free to move.

“While government may decide where refugees settle, they have a strong pattern of secondary resettlement, in which the refugees, not the government, decides,” said David North, a policy analyst at the Center for Immigration Studies.

“I would watch for a secondary resettlement pattern that includes post-arrival migration to Michigan, where there are a lot of Arabs, refugees and others. No state can stop such movements.”

Wherever they land, refugees come at a cost.

A report by the Congressional Office of Refugee Resettlement found that nearly 92 percent of refugees in the country were on food stamps between 2008-2013. Some 73 percent were on Medicaid, 68 percent were receiving some kind of cash welfare and almost 20 percent were in public housing.

The Washington Times reported that Minnesota’s Somali population has been cultivated by Islamist terror organizations such as the Islamic State and al-Shabab, a Somalia-based group with links to al Qaeda.

This year, al-Shabab made a propaganda video warning of an attack on shopping malls around the world, including the Mall of America in Bloomington, Minnesota.

Since 2008, as many as 40 men from Minneapolis have joined Islamist groups after being pulled in by jihadists through social media, the Times reported.

Last year, an American youth, Douglas McAuthur McCain, died in Syria fighting for the Islamic State. McCain was recruited in Minnesota, where he lived.

At least one of the Paris terror suspects was a refugee from Syria, according to news reports Monday.

“What could go wrong?” she asks sarcastically.

“There is risk associated with bringing anybody in from the outside, but especially from a conflict zone like that,” Comey told the Senate Committee on Homeland Security and Government Affairs.

“There is a close collaboration with governors and mayors and community leaders about the capacity of the area for refugees and where they can go, but once refugees have legal status, you cannot impede their transit between different states,” she said.

Kenric Ward writes for the Texas Bureau of Watchdog.org. Contact him at kward@watchdog.org.

And today we find Mad Barry will go toe-to-toe next year trying to take away America's guns. I hope he doesn't wait till next year for those festivities!

ooks like its time to amend the Constitution to correct this oversight.