Striking a blow for “fairness,” Maryland’s largest school district will be closed for a Muslim holiday next fall.

The Montgomery County Board of Education voted 6-2 Tuesday to cancel classes on the Islamic holy day of Eid al-Adha next school year. More than 156,000 students are enrolled in the suburban Washington, D.C. district, according to Fox Baltimore. It will likely fall on Monday, September 12. 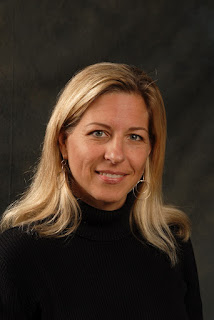 “I get all my holidays off,” she said during the meeting.

“We are putting ourselves in a place that we give lip service to the diversity that we have in this incredible community that we live in and serve — but in fact, the most important things are the actions that we take,” he said.

Interim School Superintendent Larry Bowers proposed studying the issue but Barclay didn’t have time for that.

“I think we have an opportunity right here, right now,” he said, seemingly fueled by emotion instead of fact-based analysis.

A Muslim parent, Saqib Ali, was happy with the outcome. He claimed the change took so long because of “institutional racism.”

“I’m thrilled. Look, my daughters are now equal to everybody else — all their little playmates in the neighborhood — their Christian friends, their Jewish friends. Who could be against equality?”

He was appreciative of the board members who supported the day off.

“They stood up for us. They fought for equality. They put their money where their mouth is and they did the right thing,” he said.

The district was attempting to decouple the breaks from school and religious holidays by calling them “winter break” and “student holidays.”

At the time, school board member Michael Durso said unless the Muslims’ complaints weren’t addressed, “it comes off as insensitive, and I just think we cannot afford to be in that light.”

Montgomery County isn’t the only school district to close for Muslim holy days.

Earlier this year, New York City school administrators announced students would have the day off classes in honor of Eid al-Firt and Eid al-Adha.

“We made a pledge to families that we would change our school calendar to reflect the strength and diversity of our city. Hundreds of thousands of Muslim families will no longer have to choose between honoring the most sacred days on their calendar or attending school. This is a common sense change, and one that recognizes our growing Muslim community and honors its contributions to our City,” said Mayor Bill de Blasio.

“We are committed to having a school calendar that reflects and honors the extraordinary diversity of our students,” said Schools Chancellor Carmen Fariña. “Muslim students and their families who observe Eid al-Fitr and Eid al-Adha shouldn’t have to choose between an instructional day and their religious obligations. This new addition will also enable a teachable moment in the classroom for our students to learn about religious tolerance and the societal contributions of various cultures.”

According to the New York City Department of Education, schools in Vermont, Massachusetts and New Jersey close for the Muslim holidays, as well.

If you think that this will satisfy the moslim demand for equality, you haven't been paying attention.
MM