As bureaucracy sprawls, nobody can say with complete authority exactly how many federal agencies exist.

The twice-annual Unified Agenda of Federal Deregulatory and Regulatory Actions, which compiles agency regulatory plans in the federal pipeline, listed 60 agencies in the Spring 2015 edition, a count that can vary slightly from report to report. The Fall 2014 edition that also contained many agencies’ Regulatory Plan also listed 60.

The Administrative Conference of the United States lists 115 agencies in the appendix of its “Sourcebook of United States Executive Agencies, but notes:

[T]here is no authoritative list of government agencies. For example, FOIA.gov [maintained by the Department of Justice] lists 78 independent executive agencies and 174 components of the executive departments as units that comply with the Freedom of Information Act requirements imposed on every federal agency. This appears to be on the conservative end of the range of possible agency definitions. The United States Government Manual lists 96 independent executive units and 220 components of the executive departments. An even more inclusive listing comes from USA.gov, which lists 137 independent executive agencies and 268 units in the Cabinet.

In a 2015 Senate Judiciary Committee hearing, one senator noted that “The Federal Register indicates there are over 430 departments, agencies, and sub-agencies in the federal government.” The online Federal Register Index depicts 257. The list below summarizes various tallies. 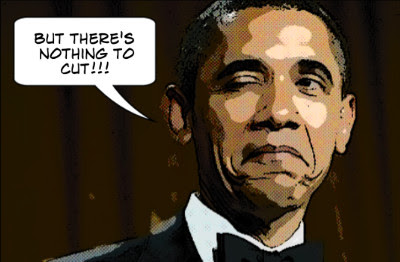 How Many Federal Agencies Exist?

Administrative Conference of the United States: 115

FOIA.gov (at Department of Justice): 252

If nobody knows how many agencies exist whose decrees we must abide, that means we don’t know how many people work for the government (let alone contractors making a living from taxpayers) nor know how many rules there are. But even when we isolate a given, knowable agency, the rise of “regulatory dark matter” may make it hard to tell exactly what is and is not a rule.

The sprawling bureaucracy, plus growing concern that issuing a rule may not even be necessary for agencies like the Consumer Financial Protection Bureau to impose their will on the public calls out for congressional response.

Next question: How many have armed agents?

When the States convene an Article V Convention to consider how to amend and repair the constitution, the first order of business must be to consider how to limit how much the federal government can spend, for it is spending that drives borrowing, money-printing and taxes.