INTERESTING: A Carly Fiorina Story from the Harvard Business Review

Happened to be perusing an article in HBR on how companies engage employees (you can probably guess the punchline: there is no single formula for success) and I spotted this interesting tale regarding GOP establishment favorite Carly Fiorina:

It takes years to build a strong purpose- and values-driven high commitment, high performance culture. It cannot be done with a simple training program. Every policy and practice has to be evaluated in the context of espoused purpose and values. Culture is, however, very fragile. A few decisions and behaviors by top management or leaders of key businesses or operating units can undermine decades of culture building.

Consider what happened to HP... 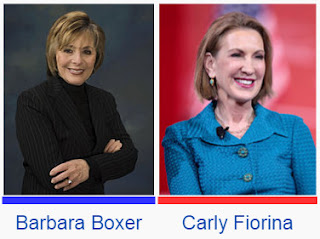 ...In the 1980’s when I first visited HP, it was one of the most admired companies in the world, espousing all the values of a high-commitment company. Long before open office workspaces became the norm, HP had created one that eliminated status differences between people in higher and lower levels. No one had an enclosed office. The CEO had a cubicle in the middle of a hangar with 3,000 other cubicles. Only the most senior managers had titles and that was because it was legally required. There was no bonus system for senior managers to avoid self-serving and uncooperative behavior, though total compensation was competitive. A profit sharing plan extended to all employees from the janitor to the CEO and the amount was based on the same percentage of salary. All employees owned stock and all were eligible for a stock award based on performance. Senior management cooked and served food at company picnics to reinforce HP’s egalitarian culture.

Lauded by employees, customers, partners and shareholders alike, their high commitment culture was destroyed in only a year by a number of decisions made by Carly Fiorina, a new CEO who was brought in from Lucent by the board of directors in 1999. Not understanding or sharing HP’s values and policies, Fiorina orchestrated a merger with Compaq which had a very different culture. She bought an airplane to fly her around, thus undermining HP’s egalitarian values; laid off 15,000 employees whose love for and commitment to HP had been built over four decades; instituted a pay-for-individual-performance system and denigrated those who did not make their goals, thus undermining teamwork and commitment. Six years later, after HP’s profits and stock had declined significantly, she was asked to resign.

The HP example illustrates how five decades of investment in creating a high commitment and performance organization can be destroyed in only months.

As I noted in "JEB BUSH IN A DRESS: Top 9 Fun Facts About Carly Fiorina" -- which I highly recommend if you truly want to understand what Fiorina is all about:

Her tenures at both Lucent and HP were complete debacles. HP fired Fiorina in 2005 after she led the company's acquisition of Compaq for $25 billion -- just as the conventional PC business began to die. As John Hawkins astutely observed [, ...] her track record led multiple mainstream observers to list her among the worst CEOs of all time (e.g., CBS News, USA Today, CNBC, and ABC News among others).

It's also worth noting that Fiorina lostly badly trying to unseat Senator Barbara Boxer in her only prior election. Despite a 2010 Republican tidal wave that picked up 6 Senate seats, Fiorina lost by double digits after Boxer used the former CEO's abysmal corporate track record to erase her from contention.

Isn't she dead yet? Why are you still talking about her?

More than what you have listed, a fellow suggested that she gave "insider tips" to employees, getting them to buy more company stock, while she sold her shares at a spike then crash of the stocks. She is truly hated by many employees and former employees. At least from HP. Dead, right? Skunk in the road dead.

Fiorina has a lot in common with Hillary. She is as cold and corrupt in her ambition as well as using anything and everything to advance. She is extremely selfish in her ambitions while she had never any consideration for others.

I worked for a major company as an accountant and dealt directly with both companies this ruthless woman 'ran' for a short while before they were ruined. I also only lived about 2 miles away from HP's HQ where she had her office. She was the talk of the town due to her ruthless, cold and destructive actions and behavior. I remember that woman well and don't have much good to say about her.

Working later as an auditor - it is safe to say that both companies destroyed by her was just a means to her 'un-earned' millions of dollars she 'took'. Whether she failed so horribly due to incompetence or personal corruptive and intentional actions to a 'get rich quick scheme' - my conclusion is that of the latter. I saw and computed the numbers - it was her dealing destroying both companies - which had a great business model before she arrived.

Being that she has always been a person obsessed with personal wealth and power - she would fail terribly ala Hillary and Obama.

In the years I've followed your blog I've found you to be an honest individual who posts the truth without making anything up.

This is an outstanding example of that trait. I hope you don't mind but I will share this on Google+ and all the discussion forums I visit.

The article doesn't make mention of the real reason that Carli purchased Compaq, which was to get the server business. Compaq had superior technology to HP at the time of the merger, by HP had the better brand name. The purchase of he server business was the real gold nugget she was after , and the combination has been a great merger. Any analysis that ignores this aspect of the merger is nothing but a smear job.