Risking their jobs to come forward, whistleblowers [showed] how the IRS is a knowing accomplice to millions of cases of identity theft while keeping victims in the dark.

...Within a massive federal agency that claims to be taking identity theft seriously, the reality – in many cases – is very different... "We are not supposed to do anything." said a whistleblower. "We are not allowed to say anything."

Findings of the 13 Investigates report include: 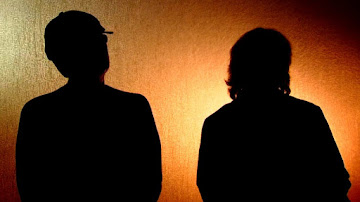 ...undocumented workers – who are also required to submit a tax return despite their illegal immigration status – [use] an individual taxpayer identification number, better known as an ITIN...

...So at tax time, millions of undocumented workers send the IRS their ITIN tax return and, along with it, many send a W-2 that shows the income they earned using somebody else's social security number...

...The ID numbers submitted to the IRS – both an ITIN and a Social Security number -- clearly don't match. In fact, the IRS has an official name for that: an ITIN/SSN mismatch. It's a huge warning sign for identity theft.

So what does the IRS do with that information? What action does the agency take when it learns someone else used your Social Security number to get work and earn a paycheck?

"We're not allowed to say anything. Not a word," explained an IRS whistleblower.

"You were told to ignore it?" I asked, making sure I heard correctly.

"Yes. Identity theft is a crime. It affects real people in a lot of ways. But we are not supposed to do anything. Just let it go," she said. "I talk to these people every day who don't understand exactly what happened to them, and it's heartbreaking..."

Read the whole thing, and weep for the future of this Republic if another Democrat or establishment GOP Amnesty supporter are elected president in 2016.

Impeaching Koskinen would be a gift and we shouldn't be in a gift giving mood
regarding this bullsh*t. The irony is they're stealing SSN's to work and earn
money while reaping piles of gov't benefits as well.

Well I guess there is no surprise that there is not on iota of public outrage nor can we expect any legal agencies to investigate these allegations. Indeed, the ruling oligarchy has established their rule and a banana republic in lieu of the Republic. UGH.