How to Stop the Collapse of Western Civilization

But just before we get started on the plan, let's talk a little bit about the case.  There is no question that the wheels are coming off of Western civilization.  And the problem is that the wheels have come off of every civilization, and they've come off of every civilization in exactly the same way throughout history, starting with the Babylonians, the Assyrians, the Egyptians, the Greeks, the Romans.  Same pattern every time, every time we see it.  And I didn't understand it until very recently. 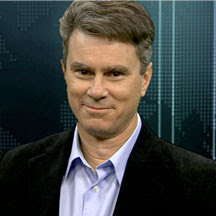 But just to make the case -- when you flood the country with illegal immigrants who bring a great deal of crime, a great deal of social disruption -- we have to carry them on the social roles that are already overstuffed due to the Cloward-Piven strategy that I know so many of you know about.  And when we do all of this just in exchange for votes for one party, we're now talking about a criminal enterprise that would rather rule over the ruins than be part of governing a successful and happy republic.  That's just true.

If you look at the European invasion, this latest invasion of Muslim immigrants that are coming up, so-called families of people trying to seek, you know, asylum, when 98 percent of them are military-age men who are screaming about jihad, and you put 750 Muslim refugees in a German village that holds just 105 people. One hundred and five people in a village in Germany have been forced to accept 750 Syrian refugees, and people in Bavaria are talking civil war in Germany.  That's happening this week. That's happening today.

When you talk about things like just the war on the police in America, this idea that the policemen do nothing but walk through the streets and execute black people in this country; and you look at the way the inversion of crime statistics has been [presented to] the American people, you can see that the world is really in trouble, that we are living in an upside-down world in terms of morality.

We can talk about the destruction of the military in this country.  Many people think it's a result of cut budgets or reduced budgets or so on. No. They're destroying the morale of the military.  They're making it impossible for honorable warriors to stay in the military.  And they are resigning in massive numbers because the Obama Administration is providing them with so many onerous, dishonorable, disgraceful activities that they're required to comply with that they're simply leaving and getting out.  The warriors are getting out, and the people that are left are the generals that brag about having the greenest base in the entire Air Force, instead of the most operational base in the entire Air Force.

And I don't think, finally, we have to look very far to see that the Justice Department is no longer charged with enforcing the laws of the United States of America so much as it's an attack dog to be deployed by the Democratic leadership against political enemies.  And laws will be enforced when it suits them to enforce them, such as against a filmmaker who made a ridiculous movie about Mohammad that we're going to blame the Benghazi catastrophe on; or another filmmaker, who makes a movie about Barack Obama's true background and winds up in a detention facility for eight months of his life, named Dinesh D'Souza; when people who do 50 times or 100 times worse than this are given a slap on the wrist, if anything at all.

People are going to jail --

-- for disagreeing with this administration.  It's tyranny, and everybody knows it.  And this isn't news to any of you.  It's not news to any of you.  When there are -- when the entire society is turned upside-down, when we say that every single girl in a high school is now going to have to go through this incredible level of discomfort because one maladjusted boy who is a transsexual in California is now legally required to take a shower in the girls' locker room; when we're ready to invert society for one half of one percent of the population, we are living in a time that is upside-down, folks.

Now, what we have to begin to do is understand what's actually happening here.  The Democratic Party has become a criminal enterprise.  It's simply a scam to steal the greatest wealth in the history of the world.  This whole business about taking wealth from people that produce it and giving it to people that don't in the name of the poor or the sick, or women or disadvantaged, or homosexuals or whatever -- it's larceny, it's thievery, and it is what Dinesh D'Souza called the greatest heist in the history of the world.

The American people, the American population, has a total network of $70 trillion -- $70 trillion lives out there in the private sector.  That's a rather large pot of money.  And if you're the kind of person who can't make your own money, that would be a rather attractive target.  And what we are seeing here is nothing more than the fig leaf of taking that $70 trillion from the people that have earned it and giving it to people, and then keeping most of it for ourselves.

So what I actually want to concentrate on today is what's actually happening.  Because we know why Hillary Clinton and Barack Obama are in this game and why the Democrats and the progressives are in this game.  It's a game where they're going to achieve money and power through political law and coercion for the money and power that they never could achieve in the private sector because they're too stupid and too lazy to make their own money.

And so we know why they're in it.  That's not what interests me.  Because the Constitution is designed to protect us against this kind of tyranny.  What interests me and what scares me is why the American people are putting up with it.  That's the issue.

Barack Obama's not the cause; he's the symptom.  And the same thing is true for Hillary Clinton because both of them were elected, whether we like it or not.  And one of the things I see on the streets of Los Angeles more commonly than I can possibly tell you are people driving $250,000 Mercedes-Benzes with Bernie stickers on the back.  These are people who drive $250,000 cars and are supporting a man who wants to take 93 percent of everything they make just in federal taxes. Forget about state taxes and all the sales taxes, and all the rest.

I have very little time up here. I'm going to have to spend five minutes on something.  Because if you can understand this, you'll understand some of the things that I'm able to see.

That's why I can take a kid who was born into the heart of ISIS and raise them in Coeur d'Alene, Idaho, and they will turn into be perfect, wonderful, genuine American citizens.  And I can take the nicest, whitest kid from the most rich or most beautiful little hometown in America and raise them in Syria, and they'll grow up to be suicide bombers.  We are programmable animals.  And we have to understand that it's the programming that makes us different.  It's not the race, it's not the culture, it's not the class; it's the programming, it's the culture.

So what does that mean?  Here comes the science -- brace yourselves, I'll get through this as fast as I can.  When you look at any animal in the history of the world, any animal on earth today from a microorganism to a blue whale, what you find is that animals have developed strategies to maximize their numbers.  That makes sense, right?  Evolution says the genes that are successful are the ones that are pushed down to the next generation.

And as it turns out, there are two different strategies for pushing genes down to the next generation.  And what we're seeing in our society is this programmable animal, the human being.  The reason the society is collapsing is because we're changing from one strategy and we're going to another.

So let me tell you what these two strategies are.  If we're going to figure out how many different organisms can exist in a certain area, in a certain ecosystem, there are a couple variables that we look at.  And one of the variables is called R.  R is the reproductive rate.  The faster that animals can reproduce, generally speaking, the more they can fill up a given ecosystem.  R is the reproductive rate.

What kind of animals traditionally are R-selected animals?  Rabbits are a great example of an R-selected species.  Because rabbits live on a plain of infinite grass.  There's more food than any rabbit could ever eat.  Gazelles on the savannah, the same thing. You're never going to run out of grass if you're a gazelle on the savannah.  That's not the problem.

So a group of rabbits, a huge herd of rabbits, are in a big, big endless field of clover.  A rabbit is a very R-selected organism.  What do these things have in common?  What do rabbits have in common with each other?  Rabbits don't compete against each other. They're noncompetitive.  Rabbits don't have a threat assessment.  They're aware of predators, but if more rabbits come into where the rabbits are, the rabbits don't care.  They just move over a hop.  Because there's an endless supply of resources for them to eat forever.

Rabbits are promiscuous.  They have sex with as many other rabbits as they possibly can.  The male just has one encounter with a female, then goes onto the next female just as fast as he can.  Rabbits do not invest in their children, because there's no point in making a fit rabbit.  There's no actual benefit to making a healthy, fit, competitive rabbit.  Because there is an endless supply of food, and the amount of time you would spend raising a super-rabbit is wasted.  What you really should be doing is making more rabbits.

That's what rabbits do.  They select and survive and win by pushing out their genes, by reproducing as quickly as possible.

I always enjoy Bill Whittle's - he is almost like 'the story teller' who uses a figurative description to express and describe his thoughts and observation.

This post is not only interesting but thought-provoking while it is the true assessment of the current 'condition' of America - a very sick republic!

If America would be free, they have to get rid of the Kenyan.
But have they gone so far so as to have lost the will to Resist?

This is truly a great article, (run the link for the rest of it). It is consummately Reaganesque and should be widely distributed. The terrorists in our midst voted for dRATS these last two elections, thought like this may pull some of them back on board. We need to love Liberty enough to walk away from the people in power who have made us prey. May God help us.

I agree with the negative assessment of Black Lives Matter. However, there is one case they're behind in which they have my full support: the case of Jermaine McBean, the black man killed while draping a pellet gun on his shoulders, while earbuds were in his ears. Let's try to ignore their faults for this one instance.