EXCLUSIVE: RNC appears to be conspiring with liberal media to poison GOP debates for conservatives

Featured on the call was Randy Evans, an RNC Committeeman.

The topic of the GOP debates was a central theme of the teleconference. As the call unfolded, it became very clear that the RNC remains in bed with a hostile vintage media. 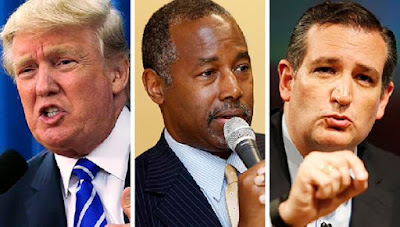 The media despise conservatives and the GOPe knows it. Yesterday, The Washington Times reported that only 7 percent of journalists identify as Republicans.

After the CNBC debate debacle, the RNC made a big show of sanctioning NBC.

But, as Deep GOPe confirms, the RNC did not cancel the NBC debate; it merely suspended it. Further, the media can continue to attack the GOP through the entire process vetted and approved by the RNC.

What is ABC's incentive, for instance, to ask legitimate questions late in the process?

The crux of the controversy is that Evans went to great lengths to assert that the party makes no money from the debates.

Which makes its opposition to independently organized debates ludicrous.

If the RNC isn't making any money from the debates, why would it care about independently hosted and organized forums?

Why not have Mark Levin moderate the debates, as RNC chieftan Sean Spicer actually suggested in 2013?

If elected, we're trusting the candidates with nuclear launch codes; they can't be trusted to negotiate debates on their own behalf?

My opinion is that the RNC is in the tank with legacy media.

Donald Trump, Ben Carson, Marco Rubio, and Ted Cruz should walk away from the RNC debates and organize their own set of online forums. Mark Levin, Sean Hannity and Rush Limbaugh should take turns moderating.

The RNC despises conservatives as much as the media do. They should be treated as enemies of Trump, Carson and Cruz.

The four top grassroots candidates should run, not walk, from the attack debate format orchestrated by a hostile establishment.


Related: To Defeat Bush, Every Conservative Must Be a Registered Republican.

That is no surprise at all! There is no republican party - all we have in DC is one party - the Uniparty. They all subscribe to the same goals of the global elites who set the agenda.
At stake are trillion of dollars and every outsider is a threat to that agenda. Taking Trump out is their only goal; Carson and Rubio are all part of the plan to get their golden boy Yep into the white house to complete the globalist agenda.

Following their PAC's - it is clear that all of them are bought and paid for by the COC and their agenda.

The Cruz campaign is still out to clear up whether he is also part of the GOPe strategy because he voted for/endorsed the fast tracking of the TPP/TPA.

Each of these candidates have no intentions to represent the American citizens nor will they abide by the laws of the Constitution because they sold us out long time ago. Americans are awakening and as Sundance at Conservative Treehouse so nicely and accurately named 'cold anger'.

The GOP has been 'dirty' for a very long time; their preselected candidate Bush is slowly being replaced by Rubio - the next in line to fool americans while doing the GOPe's bidding.

hannity is a freaking carnival barker and a newt gingrich ass kisser.

rush is old news entertainment .. let him shill for the nfl and apple ... two organizations that are not friends of the republic