Following a month-long criminal trial, and 10 months after his arrest on multiple corruption charges, former Assembly Speaker and one of the famed ‘three men in a room’ controlling New York politics, Sheldon Silver, has been found guilty on all seven counts involving corruption schemes that netted him $4 million in legal fees.

Prior to his arrest, Silver was widely considered the most powerful Democrat in the State Legislature.

Via the Times Union:

Former Assembly speaker Sheldon Silver has been found guilty of all seven counts against him by a jury following a month-long criminal trial in Manhattan, according to reports from the courtroom. 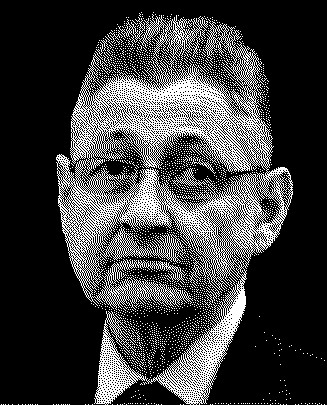 The verdict arrived 10 months after Silver, the speaker for more than two decades, turned himself over to the FBI just before 8 a.m. on Jan. 22, as U.S. Attorney Preet Bharara’s office released a 35-page complaint alleging the lawmaker used his position to collect $4 million in bogus legal fees from two law firms — one that represents asbestos exposure victims, the other specializing in helping real estate developers lower their property taxes.

Federal prosecutors alleged Silver was paid in return for bending state policy to benefit developers, and directed state funds to a New York City doctor who referred mesothelioma patients to the personal-injury law firm where the 70-year-old is of counsel. A grand jury later formally indicted him, and the government added an additional charge.

Silver’s conviction means he automatically vacates the Assembly seat he has held since he was first elected in 1976. He was speaker from 1994 until earlier this year, when he agreed to step down from the leadership post following his arrest.

U.S. Attorney Preet Bharara issued a statement following news of the verdict which read, “Today, Sheldon Silver got justice, and at long last, so did the people of New York.”

Silver was arrested earlier this year on federal corruption charges for collecting nearly $4 million in illegitimate payments from the law firm Goldberg & Iryami, and another named Weitz & Luxenberg, performing no tasks in exchange for the payments. Silver also failed to report those earnings on his annual financial disclosure filings.

NYSGOP Chair Ed Cox called Silver the leader of “the Democratic Culture of Corruption” in New York adding that the former speaker “allowed serial sex abusers of women to remain in the State Assembly.”

Two women had sued Silver for facilitating sexual harassment in the Assembly when he paid victims of late Democrat Assemblyman Vito Lopez over $100,000 in taxpayer funds to keep quiet about the abuse. That lawsuit was settled by a $580,000 payment, according to the women’s lawyer.

Silver’s use of taxpayer funds to settle harassment claims in this case was not without precedent.

In 2003, Silver was criticized for a slow response to a case involving his former aide, J. Michael Boxley, who was accused of rape and later pled guilty to sexual misconduct. Three years later, the Assembly agreed to pay $500,000 of taxpayer money to settle the case.

In the end, Silver wasn’t able to pay his way out of his own corruption charges. Aside from losing his Assembly seat altogether, Silver now faces up to 130 years in prison for his criminal actions, though most experts expect he will get around 20 years.

Read more at The Mental Recession.

Good. Now, if they coul;d just do the same thing with Michael Madigan in Illinois...

Couldn't happen to a nicer guy, bon appetite shelly, you dirt bag. Too bad his cohort Joe Bruno {who was convicted} had his sentence overturned. They would've made a perfect couple in joining cells.

Now if they can only get to Lil Mario {Andy}. Funny how his name disappeared all of a sudden when names were being mentioned for dem primary candidates. Almost as fast as his fathers disappeared way back when.

Silver is a close ally and good friend of Killary. Tells you all you need to know about what kind of person Killary is, if you didn't know already.

She is as corrupt as they come. And, getting away with it because of the media and the RINOS and the Democrats.

What is wrong with people? Are they really THAT stupid and self-absorbed that they cannot see what a criminal Killary is?