Only the Free Market, not Forced Wealth Redistribution, Eradicates Poverty and Builds Wealth

America was was intended to be a “shining city on a hill” of freedom, individual liberty, and unlimited opportunity. She was never intended to be a socialist state. Socialistic egalitarianism is strikingly antithetical to the American paradigm.

Founded in individual liberty, America has always been the one nation under heaven where equality of opportunity has taken precedence over equality of outcome. The whole concept of the “American Dream” is based on the individual freedom to become, to achieve, to build, sell, and succeed. This requires individual freedom (which is diminished proportionate to expanded governmental power), and a free market economy (not centralized planning, or government control over the means of production). Consequently, socialism in any of its iterations (communism, national socialism, fascism, and democratic-socialism) is philosophically, morally, and pragmatically, contrary to the principles upon which the republic was founded. Consequently, it is deductively anti-American.

To socialism, equality is paramount, rather than achievement and excellence. It ascribes value to workers not based upon their production and performance, but by the amount of time they put in. The net result is the rewarding of mediocrity rather than excellence. 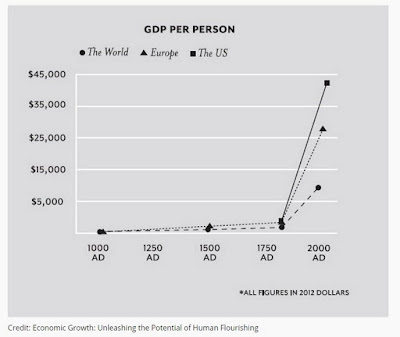 By robbing Peter to pay Paul, the redistributive policies of socialism punish the producers, and rewards the non-producers. By so doing, not only is the heart and soul of a society inflicted with a loss of appetite for proactivity, creation, and production, but it becomes afflicted with an entitlement mentality of what the government, at the expense of the producers, can do for “me.” This makes individuals dependent on the state and the diminishing number of producers, since the government has nothing but what it takes from its citizens. This dependency can be for everything from food and energy to health care. In short, it strives for egalitarianism by debasing and defalcating from the successful, rather than providing means for elevating the disadvantaged.

As Danish author Mikkel Nissen explains, “Society becomes more and more deprived (in lack of ambition) and grows reliant upon the perfectly steady increase in entitlement benefits solidified through learned helplessness, successfully blinding society to the rapidly increasing collective oppression. This precise process of ambient socialism has taken place in the United States during the end of the twentieth century and continues to transpire ever more rapidly in the twenty-first century.”

Winston Churchill captured the essence of the failed and debilitating ideology; “Socialism is a philosophy of failure, the creed of ignorance, and the gospel of envy; its inherent virtue is the equal sharing of misery.”

Logically then, it seems that those most ardent in their aspiration for egalitarianism seek not the elevation of a society, or a nation, but the demise thereof, by elevation of mediocrity over excellence; governmental thralldom over individual freedom; common misery over hope and the human spirit; micromanagement of the soul of man by the body politik, over personal responsibility and accountability.

If America ever devolves completely to the democratic-socialist level, it will constitute an abject rejection of the classical-liberal ideals upon which the republic was founded, placing foremost among those, life, liberty, and the pursuit of happiness. For nowhere in our founding documents is there even an utterance of socialist egalitarianism for the concept is diametrically opposed to the American dream and spirit.

The greatest evil inflicted upon mankind was done in the name of egalitarianism, and the “common good,” for the “working man,” and is responsible for hundreds of millions of deaths, all sacrificed at the altar of equality. Any form of socialism or collectivism is destructive to the human spirit which yearns to be free. This societal degradation advances until fully contaminated with the lower denominator of mediocrity. The purported elevation of the impoverished is promised, yet never fully delivered, by centralized control.

The freedom, and concomitant free markets, which made America great and so economically viable, has done more to elevate the disadvantaged than any iteration of socialism has even dreamed of. Free market capitalism is the heart and soul of individual freedom, for without financial freedom, most other forms have little pertinence.

The Economist recently reported that the global poverty rate has shrunk 50 percent in the past two decades: “The world has lately been making extraordinary progress in lifting people out of extreme poverty. Between 1990 and 2010, their number fell by half as a share of the total population in developing countries, from 43% to 21% — a reduction of almost 1 billion people.” And what is it that has elevated the quality of living throughout the globe? Nothing but the proliferation of free-market capitalism. “The biggest poverty-reduction measure of all is liberalizing markets to let poor people get richer. That means freeing trade between countries (Africa is still cruelly punished by tariffs) and within them (China’s real great leap forward occurred because it allowed private business to grow),” the Economist explains.

What worked in America, is now working across the globe. Our efforts to incorporate even diluted elements of the failed ideology are ineffectual, as evidenced by the fact that our poverty rate is virtually the same now as it was when LBJ’s “Great Society” social programs were launched 50 years ago.

The ideological cadre of progressives who embrace the pernicious doctrines so antithetical to America’s soul are advocating, in short, principles that are anathema and perhaps traitorous to the nation. We can only hope, pray, and work to ensure that the next eight years, at least, feature a leadership that is dedicated to America and our founding principles, to hopefully unravel so much of the damage inflicted in recent years, and return to those precepts that made America great.

How does a society cope with those driven by envy and greed given the collapse of Christianity?