The Daily Caller reports that President Obama has snubbed the chairman of the House Oversight and Reform Committee by withholding key documents that were due this past Saturday. 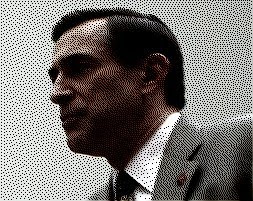 The Obama snub is the first sign of how the administration will respond to demands for documents and testimony by key officials ... now that the GOP holds the power of congressional subpoena... [Committee Chairman Darrell Issa stated that] “I asked DHS to produce this information by Jan. 29 – two weeks from the date of my second letter ... The department gave no indication that it would not be able to comply with the deadline.”

In other words, Freedom of Information requests were routed to Obama's political advisers -- delightful fellows like David Axelrod and Rahm Emanuel -- to help suppress disclosure of information that could prove damaging to the president's image.

One wag suggested that Congress may get faster results making requests through WikiLeaks. But this is no joke: it represents the kind of cover-up that led to the fall of Richard Nixon.

ObamaCare Enjoined -- Will the Administration Abide?

Judge Roger Vinson's ruling that Obamacare's individual mandate is unconstitutional did more than declare the law null and avoid -- the judge "stated in his decision that a declaratory judgment is the functional equivalent of an injunction," Wisconsin Attorney General J.B. Van Hollen said. "This means that, for Wisconsin, the federal health care law is dead..."

Now that a federal judge has issued a de facto injunction against implementation of the health care takeover, I'll give you three guesses as to how the White House is reacting. And if all three of your guess were: 'They'll ignore the judge, insult him, and continue anyhow -- kind of like a Banana Republic', you'd be right.

CNBC's John Carney accurately dissects the issues by asking "Is The Obama Administration Throwing Us Into a Constitutional Crisis Over Health Care?": 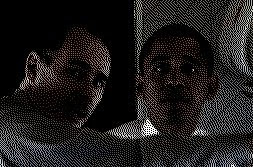 '...the law is void and cannot be implemented from this point forward. The Administration’s legal remedy is to seek a stay of the ruling pending appeal. It cannot just defy a federal court ruling. If it tries, the plaintiffs should go to court for the injunction and/or seek an order of contempt against the administration. Pretending that the ruling doesn’t change anything when it unequivocally does, would be both a petulant and extra-legal approach to governance...'

So has the Obama administration halted the implementation of the law? The answer is: No.

The website of the White House is unambiguous about this: “Implementation will continue.”

Indeed: the state attorneys general should immediately ask the judge to hold the administration in contempt.

Speaking of contempt, that's a good word to describe the esteem in which the White House holds the Constitution. Its hatred for the law appears palpable.

Defying the will of Congress and the direct order of a federal judge means that the Obama administration is touching off a Constitutional crisis far worse than that which led to Richard Nixon's resignation.

Only in this case, the media doesn't care because the president's a left-leaning zealot, just like most of them.

This administration is acting as though it's running Venezuela or Nicaragua, which -- come to think of it -- would be far better suited to a man of Obama's talents.

This is the United States of America, not a third world dictatorship. If the president refuses to cooperate with Congress and the courts, he should be impeached. No ifs, ands or buts.


Update/correction: Ace indicates that Issa's formal request was not a subpoena, though that's probably next on the agenda.

These morons simply pick and choose what they will do. Like the law is a suggestion.

Gawd I wish I could organize a campaign not to pay taxes. I would simply say that we view taxes as a suggestion- just as our government views the Constitution or judicial mandates.

What are we going to do about these clowns?

Impeachment should be the priority of the Congress.
The bad (to this country) deeds of this thuggish admin. must be stopped ASAP.

The One is now playing with fire.

This arrogance and felling being untouchable by the law or the will of the people has filtered its way from top to bottom. From the president to the regulators and all the way down to the TSA inspector. The people are seen as the enemy.

If Obama is now refusing to obey our country's laws, why should he be allowed to continue to perform his duties in any capacity?

Also, why would any citizen continue to pay taxes? How to stop obama dead in his tracks? Citizen tax revolt.

If you are uncomfortable not paying taxes until you know more and can further assess the situation, just simply apply for a completetly legal and undeniable extension, which will buy you six more months. Seriously, withhold every dime possible from this clown for as long as possible.

>>If you are uncomfortable not paying taxes until you know more and can further assess the situation, just simply apply for a completetly legal and undeniable extension, which will buy you six more months>>

Unfortunately, that will cause you more grief. You can postpone your report, but not the payment. In fact, if you still owe the government, they'll determine which quarters you owe for, and you'll pay penalty and interest from the payment date required for that quarter.

Here is another reason to rid ourselves of this destructive administration, and as soon as possible.