Poll Finds Lack of Support for Arithmetic, Logic and Reason

Perhaps the questions used in this poll were crafted 'inartfully'. Otherwise this news is discouraging, to put it mildly. 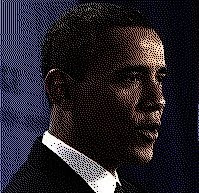 Less than a quarter of Americans support making significant cuts to Social Security or Medicare to tackle the country's mounting deficit, according to a new Wall Street Journal/NBC News poll, illustrating the challenge facing lawmakers who want voter buy-in to alter entitlement programs.

In the poll, Americans across all age groups and ideologies said by large margins that it was "unacceptable'' to make significant cuts in entitlement programs in order to reduce the federal deficit. Even tea party supporters, by a nearly 2-to-1 margin, declared significant cuts to Social Security "unacceptable."

The mathematical formulae are unassailable, no more easily defeated than the law of gravity.

Someone told me this evening that when FDR initiated Social Security, full payments began at age 65 -- but the average life expectancy was actually a bit below that age.

This is why America needs an eloquent, conservative leader rather than an ideological sibling of Frances Fox Piven. Americans can understand and emphasize with a leader who speaks clearly and honestly about the problem. Failure to do so is simply criminal.

It does not take a rocket scientist to understand that FDR was shrewd in expecting the TroJan Horse of SS to outlive the original Democrats once in power who installed it. A force that could not be gotten rid of, and served to elect future Democrats and big government thinking liberals far into the future.

Since entitlement spending, especially SS and MC, account for much if not most of federal spending, it is obvious that it must be seriously curtailed to make headway in the mess we are in.

But since the folks have come to be dependent (as the Dems hope will happen with Obamacare) that they will defend it even when it is against the interest of the country but perceived to be in their own selfish interest.

Democrats also know that like with SS MC, that in 20 years or so, Republicans will be DEFENDING national health care like they do now with MC and SS. All they have to do is poison the well and the rest takes care of itself.

SS may be an entitlement program to some but to others like myself - we were taxed against our will to pay into it - with matching taxed amounts by our employers - so if they want to end it or modify it - then stop the taxation now and give me what I put into it over all these years. Or refine it that if you did not contribute, you do not collect and you only collect what you put into it. Then it is completely balanced and people will be forced to save or families (remember them?) will have to take care of their own, not the gov't.

That's why I think we really need to get the word out in simple terms how unsustainable Social Security is. It is a Ponzi scheme plain and simple. I gave a tea party speech to a 55+ communinty's Republican Club and many of the Seniors got it.

I have been told since I wa in high school that Social Security would run out before I came due to collect. I used to say I at least hoped to get back what I paid in. At this point, I will gladly give up claim I have to the money I put in to get rid of this scam and save the financial future of my daughter. It is priceless.

I'm with @Mermaz - I'd take a voluntary opt out today, write off all contributions to date as a sunk cost, knowing it's a better deal than the program as it exists.

For those who do truly need the benefits, there is insult added to injury.

Consider the plight of the American who has paid into this system all of his/her life and becomes disabled. As I have witnessed firsthand, the initial response to claim of benefit is denial. In order to access your benefits, you MUST hire an attorney. Then, you must be prepared to wait YEARS before receipt of any benefits. Then, once you finally receive those benefits, they are taxable income.

Yeah, this is much better than if I were simply to set that money aside for myself.

Social Security was never intended to be the" be all,end all" of retirement. However; with all of the taxation heaped upon the working class,it became that by default. After having 30% or so of your earnings confiscated by FedGov, plus additional taxes by state and local authorities, there's damn little left to set aside for retirement. Food, shelter, and clothing devour much of what little is left,leaving almost nothing for 'retirement' (another scam to get younger people employed at lower cost).By the way; when "social Security was established, life expectancy was 63 years; (this was pre-antibiotics and pre modern medicine [longer lifespans]). Any money placed in social security was lost to the payer when they died! They had you coming and going. You paid into a system that you (most) wouldn't live long enough to collect on and when you died your heirs lost whatever you paid in. Won't even go into how "entitlements" were expanded far beyond the original idea.