Allen West: Could Someone in the Obama Administration Please Explain Why In Hell We're Selling Tanks to the Muslim Brotherhood?

Of course, I'm paraphrasing. But when it comes to national security issues, there really is no better straight talker in Congress than Rep. Allen West (R-FL).

It has come to my attention that the Defense Security Cooperation Agency notified Congress on July 1, 2011 of a possible Foreign Military Sale to the Government of Egypt for 125 M1A1 Abrams tank kits for co-production and associated weapons, equipment, parts, training and logistical support. One of the greatest threats to Egyptian stability, as well as to regional stability, is the growing prospect of a new Egyptian Government under the leadership of the Muslim Brotherhood. If given control of the country, the Muslim Brotherhood would nominate its own candidates and turn Egypt into a radical Islamic state. 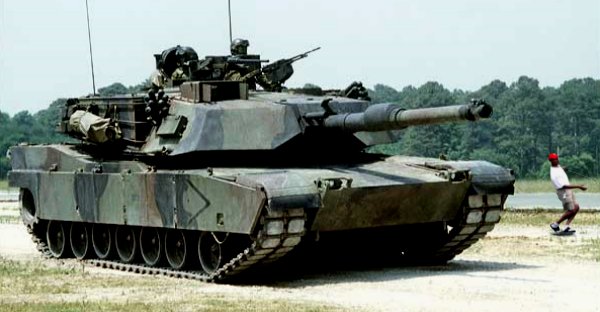 America must continue to stand with the Egyptian people and encourage them to build their own democracy with new political parties and freedoms. However, we must exercise caution with regards to military sales and support to the Egyptian Government until a government is formed absent of the radical elements of the Muslim Brotherhood that will maintain active peace with Israel.

As a Member of the United States House of Representatives, as well as a member of the Armed Services Committee, I strongly oppose any military sales of any kind to the Government of Egypt as long as the Muslim Brotherhood remains active in the political process. Doing so would seriously jeopardize the safety and security of the State of Israel. The last thing I want to see is Egyptian M1A1 tanks rolling through the Sinai towards Jerusalem.

Of course, that may not be the last thing the Obama administration wants to see.

The administration's plans to sell tanks to Egypt represent the product of either ignorance or malevolence. And, based upon its track record, I can't help but suspect the latter.

you know with as much as King Barack hates Israel and Bibi, he would do this in a heartbeat and he would love it if these freaks in Egypt attacked Israel again using our weaponry.

frankly I would too because as the Egyptians learned with thousands of their tank guys dead and burned in 1973, it's the commander not the model of tank that matters, and it would be nice to see the IDF incinerate the lot of them.

that sounds wrong, I don't want to see an islamofascist attack on Israel. not what I meant...

it's just good to know that when it inevitably comes as it always has, that the freaks and scum have no chance against the IDF.

at least they won't when King Barack is gone.