The question for the House Republican leadership: are you going to do what you think is politically expedient -- or will you do what is right? 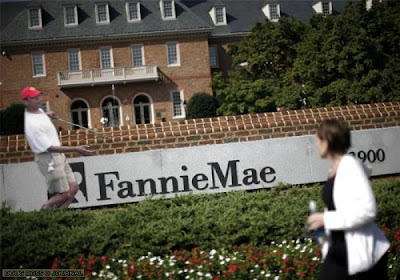 Unbeknownst to most who live outside the Beltway, there's a silent and furious battle being waged over control of the Republican Party. Earlier this week, arms were being twisted and talking points disseminated in support of House Speaker John Boehner's erstwhile "compromise" plan. You know, the one that cut roughly 0.02% of discretionary spending in 2012.

No less an éminence grise than Dr. Charles Krauthammer, a reliable spokesman for intra-495 conservatives, parroted the Boehner line. In short, the Speaker was doing the "right thing" in introducing something that could conceivably pass the Senate and arrive on Obama's desk.

That Boehner's plan did nothing to tackle the deficit nor avoid a downgrade by the rating agencies was not discussed. Never mind that Senate Majority Leader Harry Reid declared it "dead on arrival" and President Obama vowed to veto it.

Erick Erickson at RedState perfectly described the disastrous strategy of the Speaker and the old guard Republicans:

One week ago the entire conservative movement was unified behind Cut, Cap, and Balance [CCB] as was both House and Senate GOP caucus — no small feat to be sure.

Then, because Harry Reid denied CCB a vote through a procedural motion, John Boehner produces a crackpot plan that rips the conservative movement apart at the seams and after taking two stabs at it, still can’t get to the promised $1.2 trillion in cuts he initially claimed it would have.

The bill is being whipped against by Pelosi (which CCB was not) and will likely draw less Dem support than CCB. The bill is said by Reid to be DOA in the Senate.

But Boehner believes that it is strategically smarter to die on this hill and force it down Senate Dems throats rather than try to do that on a bill in which he has the support of all his members, all the movement, and 66 percent of the American people.

These people need to be put in a mental ward. 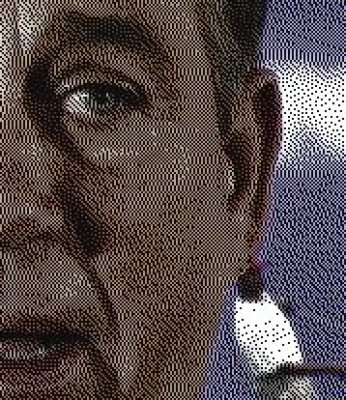 Let me get this straight: the Speaker wants to pass a bill in the House that doesn't remotely address the deficit problem and therefore still results in downgrades by the rating agencies. And then Obama -- in typical Alinsky fashion -- blames the Republican plan (or Bush, or William McKinley, or anyone else but him) for the downgrades?

There's only one plan that lifts the debt ceiling and saves the credit rating of the U.S. That's CCB, which is supported by a whopping two-thirds majority of American adults.

What can you do?

If you want to stop the GOP from taking a bad deal out of fear, go to http://www.redstate.com/action right now and call your member of Congress to oppose John Boehner’s plan.

Tell them to pass CCB again and force a vote in the Senate. We, the American people, will apply massive pressure to a few "moderate Democrats" -- who run home pretending to be fiscal conservatives -- and all 20 Democrats who once promised to support the Balanced Budget Amendment.

Then let Obama veto the best chance we have to repair the fiscal damage he's done. If he has the guts.

This article nails the disasterous GOP leadership in both the Senate and House.

The Democrat senators have laid down the gauntlet and have declared they'd rather default than stop Obama's open check book.

Having seen West cave I have no doubt that the Vichy GOP will exercixe their usual strategy of pre emptive surrender.

Oh for a conservative like Reagan. A man of iron amid a mob of men with feet of clay.

Sorry, but I have to disagree.

The people are certainly for a stop spending growth plan yet the institution of governance was designed to slow popular decisionmaking.

Until the elections of 2012, Boehner's plan is about the best we could get and even then, we may not get that.

No, pass Boehner's bill in the House and let the Senate do what they will and take credit for it.

Another year or 18 months of money wasting on the part of the Democrats can be survived by the Republic. Losing the 2012 elections will be much more difficult to recover from.

The BIG PRIZE is the 2012 elections. Please do not forget that basic fact.

Once a downgrade occurs, Obama will still blame the GOP and a complicit media will assist.

There's only one plan that prevents a downgrade and stops the Marxists in their tracks: CCB.

There's massive public support for a balanced budget (66% according to CNN). 20 Senate Democrats pledged a few years ago to support a BBA.

So how does what you're saying add up if the U.S. still gets downgraded --- and then Obama blames the GOP for a faulty plan?

exactly how do we force a vote in the Senate?

Their was massive opposition to Obamacare (> 66%) and we know how that turned out.

Easy, you put massive pressure on the weak links in the Democrat Senate -- Mary Landfill (LA), Benedict Nelson (FL), etc. -- who claim to be conservatives at home and then vote with the far left Marxist caucus.

That's how we stopped amnesty when the RINOs had control.