Under what conditions should conservatives support raising the debt ceiling?

That's a question I've been asking myself for a while.

The 111th Congress and President Obama put in place the largest deficit spending package in world history. They created a "stimulus" program -- only six percent of which was spent on infrastructure, by the way -- and then refused to pass a budget for 812 days (and counting). That was their way of institutionalizing the "stimulus" package as part of the baseline budget -- putting that huge, unconscionable loan from our children on autopilot.

It is this insanity that led rating agencies the world over to either downgrade -- or threaten to downgrade -- America's credit rating.

Never before, in all of American history, has a political party set the nation on such a course. It is literally economic suicide. And yet that is precisely what the modern Democrat Party has done.

It's been 812 days since the Democrats have even proposed a budget. And now President Obama claims he wants "balance". Balance? Balance? You mean balance like Obamacare, which was stuffed down the American people's throats -- replete with secret negotiations, thousands of pages no one bothered to read, passed at midnight, and that slashed half-a-trillion dollars from Medicare? You mean balance like that?

In that spirit, here are my "balanced" conditions for raising the debt ceiling. Pick one, Marxists: 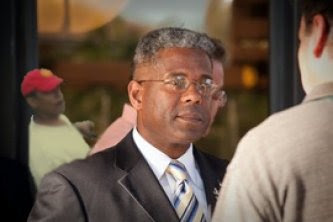 • The Senate ratifies the Cut, Cap & Balance Act already passed by the House; the President signs it; and ***voila*** the debt ceiling is raised.

• The Senate passes the Ryan plan; the President signs it; and ***voila*** the debt ceiling is raised.

• The House and Senate cut annual, discretionary, non-defense spending by $1 trillion -- and that, by the way, is basically the amount of the failed "stimulus" program -- the President then signs it; and and ***voila*** the debt ceiling is raised.

Those are the only conditions under which the House should yield on the debt ceiling.

• Where is President Obama's budget?

• Where is the Democrats' budget?

It's all in Obama's hands. And he is, as usual, "leading from behind".

Didn't Pres. Obama submit a budget to the Senate? I seem to recall that he did. And the Senate, being controlled by the Democrats, certainly must have approved his budget, I'm sure.
What? The Senate voted against Obama's budget 97-0??
Must be a typo. Or racism.