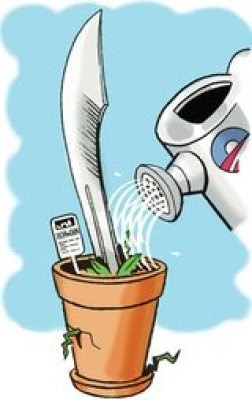 They are paying for it, so the frauds can feel good about themselves: GreenMnts
Gold-Plated Asylum in Norway: GoV
Massive Protests in Syria: VS

Inside the White House: Obama's Brother from Another Mother: RightNetwork
Another Benefit of Concealed Carry: Shooting Illustrated
This Is How You Should Quit Your Job At Taco Bell: Consumerist

QOTD: "How do I know Obama is no longer serious? Well, first of all, he’s never released any kind of plan. Everything is nebulous, nothing is being scored. Normally in these types of negotiations there is paper floating around all over the place and CBO or the Joint Tax Committee or some other outfit is buying up all the No-Doze in town to crunch the numbers. Staffers from both parties are hunkered down in the Speaker’s office, and committee chairmen are striding the halls of Congress, a gaggle of reporters in tow." --Keith Koffler

at 8:46 AM
Email ThisBlogThis!Share to TwitterShare to FacebookShare to Pinterest
Labels: Linkfest

“A democracy cannot exist as a permanent form of government. It can only exist until a majority of voters discover that they can vote themselves largess out of the public treasury” Alexander Tytler

“When the people find they can vote themselves money, that will herald the end of the republic.” Benjamin Franklin


Question: How do you avoid this problem?

How do you avoid the real danger of a republic destroying itself because the people would rather vote themselves a living rather than earn it?

How do you stop people from simply wanting to use the power of the state to plunder their fellow man?