In which I write the speech John Boehner should give

The Speaker of the House -- a guy reportedly named John Boehner from Ohio who apparently needs to be primaried -- has proposed a short-term spending plan the adjectives for which have yet to be invented.

Republicans insisted if the President wants his debt ceiling increase, the American people will require serious spending cuts and reforms...

--Cuts That Exceed The Debt Hike. The framework would cut and cap discretionary spending immediately, saving $1.2 trillion over 10 years (subject to CBO confirmation), and raise the debt ceiling by less - up to $1 trillion.

--Caps To Control Future Spending. The framework imposes spending caps that would establish clear limits on future spending and serve as a barrier against government expansion while the economy grows. Failure to remain below these caps will trigger automatic across-the-board cuts (otherwise known as sequestration). 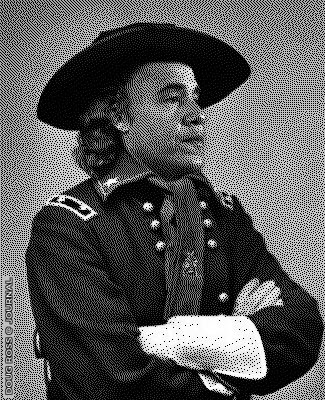 $1.2 trillion over 10 years is a joke. A pittance. Since President Obama took office, the government borrows about $1.6 trillion each and every year. In other words, Boehner's ten-year "savings" would be eaten up in around nine months at the current levels of spending.

And "caps to control future spending"? How have those worked out in the past?

If this plan passes, the rating agencies are certain to downgrade the country's credit rating. Standard & Poor's already said as much. And then Republicans get the blame either way!

John Boehner needs to be primaried. He's too weak to fight the existential threat represented by the Democrats' spending; it is the most massive borrowing program in world history.

How hard is it to explain? Here: let me write the damn speech for John Boehner:

These are the facts related to our difficult budget situation: 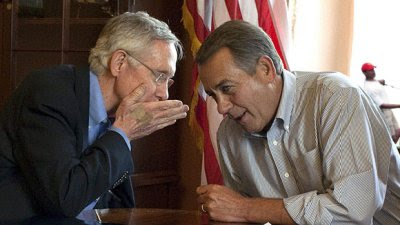 • The annual budget requires that we borrow around $1.6 trillion a year, or roughly four times the worst Bush-era deficit.

• At minimum, the entire $800 billion "Stimulus" must be removed from all budgets going forward. That is non-negotiable.

• Why? Because failure to do so will mean certain downgrades and economic calamity.

• The Stimulus was a scam. Only 6% of its funds were used on "shovel-ready" infrastructure projects. The rest of the money, borrowed money mind you, was used to fund a Soviet-style grab-bag of failed social programs, welfare, and other wealth redistribution schemes.

For the sake of our children, the "one-time Stimulus" must be removed from the baseline budget. If not, then the Democrats can pass the Cut, Cap and Balance bill. Those are their only choices.

Call us when you Marxist crackpots make up your mind.

See? It's just that simple.

Hey! Boehner! The bus leaves for the Dog Track in five minutes! You don't wanna miss the Early Bird Special!

Linked to at:
The Debt Of A Salesman

Could he say "Marxist crackpots"?