'A Good, Solid B+' -- Jobless Claims Top 400,000 For 14th Straight Week; Businesses Increasingly Glum About the Future Under Obama

What is this: our third annual 'summer of recovery'? Perhaps a more accurate term is 'recovery-less recovery': 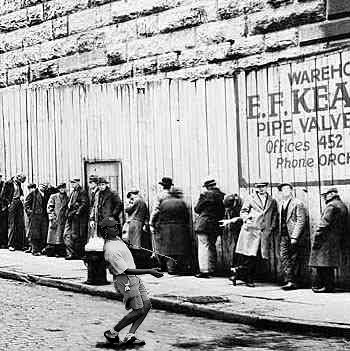 • Hey, Nancy: how's that "government creates jobs" theory working out? "[Unemployment] applications have now topped 400,000 for 14 weeks, evidence that the job market has weakened since earlier this year."

• Country shocked to find that inexperienced community organizer makes surprisingly lousy president: "Americans' satisfaction with the way things are going in the country fell to 16% in July, the lowest in more than two years."

• Casey Anthony could run against Obama and win at this point: "Registered voters by a significant margin now say they are more likely to vote for the 'Republican Party's candidate for president' than for President Barack Obama in the 2012 election, 47% to 39%."

• With the government actively sabotaging businesses through excessive and oppressive regulations, this comes as quite the surprise: "Small and medium-sized companies are increasingly glum about the chances of a pickup in growth in the U.S. economy over the next year... The percentage of chief executives of small companies who expect the economy to improve over the next 12 months dropped sharply to 31 percent from 50 percent last quarter..."

But maybe our Demagogue-in-Chief can blame all of this bad news on James Henry Harrison, Oliver Wendell Holmes and Charo.