After bobbing-and-weaving for nine minutes, Carney finally says what everybody knows: the president won’t put his plan on paper because he doesn’t want it to become “politically charged” before a compromise can be reached. In other words, you’ve got to pass it to find out what’s in it... 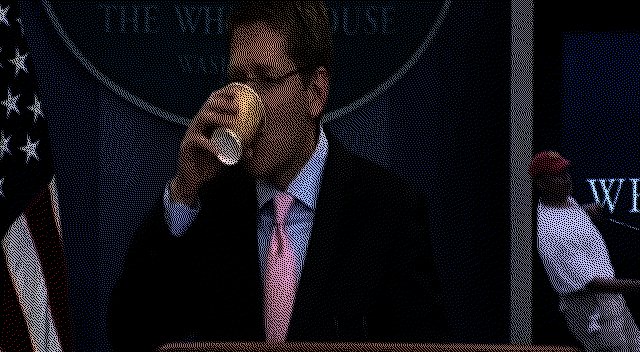 ...So POTUS doesn’t have a plan, as such. The Republicans, for their part, have several. But the president’s senior advisers are recommending that he veto the latest.

Of course! He wants to "fundamentally transform" the country by bankrupting it!

Carney seems an earnest dupe incorporated into the Obama Lie Machine. He's particularly inept as he has a modicum of independent thought, yet orgasmic urgings to help Teh One.

This freak Mr Claire Shipman is the most weasely gutter-sucking scumbag I've ever had the displeasure of watching or hearing.

the twerp bootlicker makes me want to vomit every time I hear his arrogant Marxist voice.

wish he could experience life in a real Communist nation, because when you play there, you play for your life. it's easy here in the USA, no consequences or putches or life sentences or torture when you pick the wrong side or say, wreck the nation, bankrupt the people and lie to them every single day.

sissy America-hater Mr Shipman wouldn't last 5 seconds in the kind of third world Hell he's helping turn our nation into. none of them would.