A BIPARTISAN PLAN TO REDUCE OUR NATION’S DEFICITS
EXECUTIVE SUMMARY
This bipartisan, comprehensive, and balanced plan consistent with the recommendations of the Bowles-Simpson fiscal commission that will:
• Slash our nation’s deficits by $3.7 trillion/$3.6 trillion over ten years under CBO’s March 2011 baseline, or $4.65 trillion/$4.5 trillion under the original fiscal commission baseline (which used the President’s 2011 budget request as the starting point for discretionary spending).
• Stabilize our publicly-held debt by 2014.
• Reduce our publicly-held debt to roughly 70% of our economy by 2021.
• Impose unprecedented budget enforcement.

A COMPREHENSIVE AND BALANCED PROPOSAL 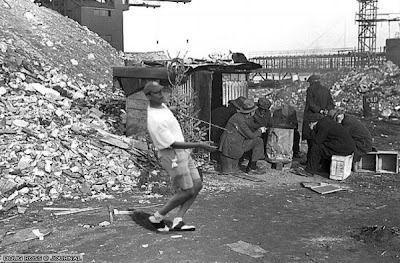 The plan uses a two-step legislative process: (1) an initial bill that makes immediate cuts; and (2) a process for a second bill to enact comprehensive reform and put our nation on a stable fiscal path. The plan would:

• Cut nonsecurity and security discretionary spending over 10 years.
• Maintain investments that encourage economic growth, strengthen the safety net for those who truly need it, and preserve a strong national defense.

Carefully strengthen the solvency of our most important entitlement programs

• Spend health care dollars more efficiently in order to strengthen Medicare and Medicaid, while maintaining the basic structure of these critical programs.
• Fully pays for SGR (the “doc fix”) over 10 years.

• Reduce marginal income tax rates and abolish the $1.7 trillion Alternative Minimum Tax.
• Encourage greater economic growth.
• Enhance the competitiveness of American businesses and workers against global
competition.
• Reform spending through the tax code to eliminate investment distortions and tax gaming.
• Change the debate about taxes in America from rate levels and carve outs to
competitiveness, fairness and growth.
• If CBO scored this plan, it would find net tax relief of approximately $1.5 trillion.

• Impose spending caps and security/nonsecurity firewalls.
• Sequester accounts at the end of the year to recoup any excessive spending by Congress.
• Restrict the use of emergency designations that circumvent the spending caps.
• Prevent Congress from exceeding the caps by requiring a stand-alone resolution subject to a 67-vote threshold, in order to isolate that vote to increase the deficit from any other policy items.

• Ensure 75-year solvency of Social Security and provide for a decennial review of the program to ensure it remains solvent.
• Reform Social Security on a separate track, isolated from deficit reduction – any savings from the program must go towards solvency.

AN AGGRESSIVE PLAN THAT INVOLVES THE WHOLE CONGRESS 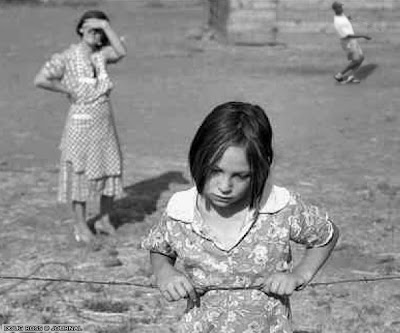 The plan would be implemented through an open, aggressive two-step legislative process led by committees of jurisdiction and involving the American people by:
Enacting a $500 billion down payment that would secure immediate deficit savings, while establishing a fast track process for the committees in Congress to specify further savings
• Impose statutory discretionary spending caps through 2015.
• Implement numerous budget process reforms.
• Shift to the chained-CPI (a more accurate measure of inflation) government-wide starting in 2012, along with the following specifications for Social Security: (1) exempt SSI from the shift for five years, and then phase in the shift over the next five years; and (2) provide a minimum benefit equal to 125% of the poverty line for five years. (According to CBO, the shift to chained-CPI would result in the annual adjustment growing, on average, about 0.25 percentage points per year slower than the current CPI.)
• Repeal the CLASS Act.
• Enact concrete policy changes that lock-in additional savings, including freezing
Congressional pay and selling unused federal property.
• Require GAO and the Department of Labor to report to Congress on establishing a more effective unemployment insurance trigger.

• Require committees to report legislation within six months that would deliver real deficit savings in entitlement programs over 10 years as follows:
• Finance would permanently reform or replace the Medicare Sustainable Growth Rate
formula ($298 billion) and fully offset the cost with health savings, would find an
additional $202 billion/$85 billion in health savings, and would maintain the essential health care services that the poor and elderly rely upon.
• Armed Services would find $80 billion.
• Health, Education, Labor, and Pensions would find $70 billion.
• Homeland Security and Government Affairs would find $65 billion.
• Agriculture would find $11 billion while protecting the Supplemental Nutrition Assistance Program.
• Commerce would find $11 billion.
• Energy would find $6 billion and may propose additional policies to generate savings that would be applied to the infrastructure deficit or to reduce the deficit.
• Judiciary would find an unspecified amount through medical malpractice reform. 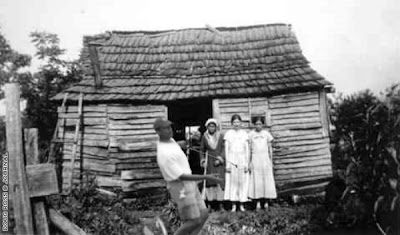 • Require the Finance Committee to report tax reform within six months that would deliver real deficit savings by broadening the tax base, lowering tax rates, and generating economic growth as follows:

• Simplify the tax code by reducing the number of tax expenditures and reducing individual tax rates, by establishing three tax brackets with rates of 8–12 percent, 14–22 percent, and 23–29 percent.
• Permanently repeal the $1.7 trillion Alternative Minimum Tax.
• Tax reform must be projected to stimulate economic growth, leading to increased revenue.
• Tax reform must be estimated to provide $1 trillion in additional revenue to meet plan targets and generate an additional $133 billion by 2021, without raising the federal gas tax, to ensure improved solvency for the Highway Trust Fund.
• If CBO scored this plan, it would find net tax relief of approximately $1.5 trillion.
• To the extent future Congresses find that the dynamic effects of tax reform result in additional revenue beyond these targets, this revenue must go to additional rate reductions and deficit reduction, not to new spending.
• Reform, not eliminate, tax expenditures for health, charitable giving, homeownership, and retirement, and retain support for low-income workers and families.
• Retain the Earned Income Tax Credit and the Child Tax Credit, or provide at least the same level of support for qualified beneficiaries.
• Maintain or improve the progressivity of the tax code.
• Establish a single corporate tax rate between 23 percent and 29 percent, raise as much revenue as the current corporate tax system, and move to a competitive territorial tax system.
• Require the Budget Committee to report legislation within six months that would:
• Extend discretionary caps and enforcement mechanisms through 2021.
• Ensure Congressional action to reduce the deficit if the debt-to-GDP ratio after 2015 has not stabilized.
• Review total federal health care spending starting in 2020 with a target of holding growth to GDP plus one percent per beneficiary and require action by Congress and the President if exceeded.
• Achieve program integrity savings of $26 billion in entitlement programs to curb fraud, abuse, and other wasteful spending government-wide.
• Create a working group to provide updated budget concepts for CBO and OMB.
• Provide expedited floor consideration for a consolidated bill meeting these instructions:
• If any committee fails to report entitlement program savings, impose across the board cuts to programs in that committee’s jurisdiction as necessary to achieve the required savings. To protect programs that benefit low income families, exempt from across the board cuts those most in need.
• Allow a group of at least five senators from each party to introduce a resolution in lieu of the non-reporting committee.
• If a resolution receives 60 votes on the floor, those recommendations will be added to the comprehensive bill.
• If the Senate does not agree to those recommendations, the comprehensive bill cannot come to the floor under the special procedures established in the first (down payment) bill.
• Bar substitute floor amendments that upset the revenue/spending balance or any amendments that make the deficit worse, but place no other limits on debate or the substance of amendments.
• Allow the Majority Leader and Minority Leader to limit debate and the number of amendments, or impose other substantive restrictions by agreement, so that the Leaders can manage the bill with a process that satisfies 60 Senators and the process cannot be held up by a small group on either side. If the Leaders cannot agree, the bill is considered under the regular order.
• Hold any such comprehensive bill that receives 60 votes at the desk pending consideration of the Social Security bill.

Uncle Ben adds, "It seems like a reasonable approach to me, and the fact that the market went up 80 points after word got out about the proposal suggests that Congress just needs to get something done."

I'll reserve judgment until I have a chance to digest it. If Democrats are for it, my first tendency is to oppose it.


Update, digested: Gang of Six Reactions From Around the Web: It "Raises Taxes by $3 Trillion" and "It's based on dishonest Washington budget math"

You'd have to be a Marxist to buy this con job.

People who have paid for their social security benefits will get greater reductions than people who get SSI. SSI is given to people who have never paid in, people like Mr. Lopez, the father of some gang ganger who swore he'd support daddie till he got himself imprisoned. Now the taxpayer has to provide full medical benefits (better than those on Medicare; housing, foodstamps and the lot.

How about one flat rate so the 50% of Americans who pay no taxes can share in the sacrifice that the dhimmies demand so much of.

Seems the entire gamut of welfare programs like tax credits, section 8, foodstamps is increased. The only real cuts are in national security.

I wonder if the American public realizes what this means with a fleet smaller than in 1914, and aircraft with an average age of 35 years.