Who was the "Zodiac Killer"? 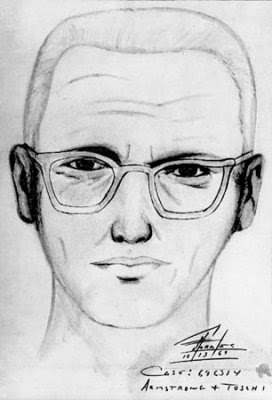 The Zodiac Killer was a serial killer who operated in Northern California in the late 1960s and early 1970s. The killer's identity remains unknown. He coined the name "Zodiac" in a series of taunting letters sent to the local Bay Area press. These letters included four cryptograms (or ciphers). Of the four he sent, only one has been solved.[1] The Zodiac murdered victims in Benicia, Vallejo, Lake Berryessa and San Francisco between December 1968 and October 1969. Four men and three women between the ages of 16 and 29 were targeted. Numerous suspects have been named by law enforcement and amateur investigators but no conclusive evidence has surfaced...

...On August 1, 1969, three letters prepared by the killer were received at the Vallejo Times-Herald, the San Francisco Chronicle, and the San Francisco Examiner. The nearly identical letters took credit for the shootings at Lake Herman Road and Blue Rock Springs. Each letter also included one-third of a 408-symbol cryptogram which the killer claimed contained his identity...

...On November 8, 1969, the Zodiac mailed a card with another cryptogram consisting of 340 characters. The 340-character cipher has never been decoded. Numerous possible "solutions" have been suggested, but none can be claimed as definitive...

Corey Starliper, a native of Tewksbury, Massachusetts claims that he has, in fact, cracked the code. 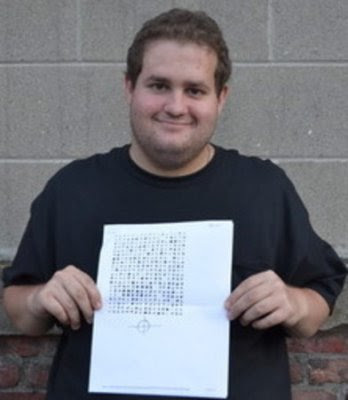 The first coded communication was a three-part cipher sent in portions to the Vallejo Times-Herald, the San Francisco Chronicle, and the San Francisco Examiner on July 31, 1969, according to “Most Evil," written by Steve Hodel. The complete cipher contained 408 characters and was published on August 2 and 3, 1969 in accordance to Zodiac’s demands. It took just a few days for the code to be deciphered.

After the decryption of the first code, Zodiac sent many more communications to law enforcement and the media, including his most famous: a 340-character cipher, mailed to the San Francisco Chronicle, according to zodiackillerfacts.com. To this day, the cipher has not been completely cracked... Starliper, however, believes he has found the solution to that code.

Starliper split his work into two sessions of six hours and three hours. When he was done, he had decoded the following text:

Arthur Leigh Allen was a prime suspect during the Zodiac investigation... [But] Allen died in 1992 at age 58.

Starliper's decryption has been challenged by experts. That said, it makes for an entertaining tale.

at 9:18 PM
Email ThisBlogThis!Share to TwitterShare to FacebookShare to Pinterest
Labels: Security, Water-cooler

This so-called solution is clearly bogus.

very sad, decryption is terribly flawed but must give credit for his attempt. LL