Stabenow is as Stabenow does

This diatribe gets my vote for Letter o' the Day, published in one of Detroit's local rags.

I just read in the Flint Journal Sunday paper of July 10 that Sen. [Debbie] Stabenow is planning another pie-in-the-sky investment of taxpayer dollars. Yep, the good senator is going to spend $2 billion to develop a car battery that will run 500 miles on one single charge, like the Volt. Wow! Just think, this electric car will last forever.

If it takes eight hours to charge the Chevy Volt at home for 30 miles of driving time, why, it would only take a mere three weeks to charge your car for 500 miles. This 500-mile-per-charge vehicle should last between 30 and 50 years. How could such a vehicle ever wear out sitting your garage and eating electricity for three weeks a month in order to have enough energy to carry you out on the open road for 10 hours driving time? 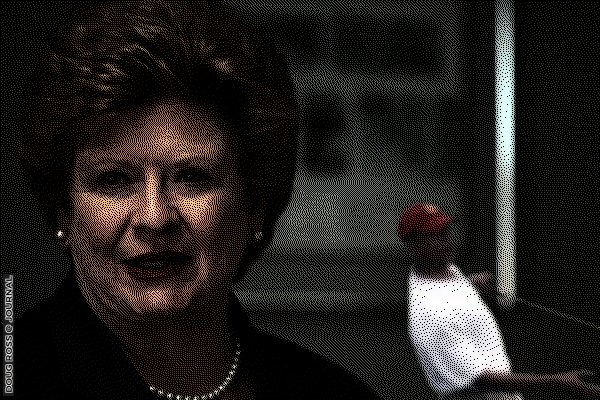 Sen. Stabenow’s $2 billion investment equates to just over $100,000 per job creation, but this is better than the quarter of million dollars per job the president has spent just to save jobs. In fact, Sen. Stabenow should be complimented since she is spending slightly less than what a typical banana republic spends to create jobs (when Americans gives a banana republic foreign aid to spend).

You have to appreciate the generosity of Sen. Stabenow spending hundreds of thousands to create each job with our money. When the greedy, stingy automobile industry uses their own money, they only spend a few thousand for every job they create. Or for example, Apple’s introduction of the iPad created more jobs in China than President Obama created during his Summer of Recovery at less than a fraction of a fraction of a trillion dollars.

Sen. Stabenow stated that our $2 billion investment will save us from foreign dependency on lithium. I’d rather the fair Senator start small and get rid of our dependency on foreign light bulbs. The senator’s vote killed thousands of jobs in the incandescent light bulb factories and now Americans pay as much for a light bulb as we pay for a gallon of gas to foreign countries. In the worst case scenario, if China reduces our light bulb allocation, all of Sen. Stabenow’s billion dollar battery factories would become inoperable, in the dark.

"In the dark" is an excellent metaphor for the hard left Democrat Party, which has long since forsaken American history, traditions and the Constitution.

As as aside, that Debbie Stabenow's a looker, ain't she?

We call her Stabecow, and if you want to discuss her in a polite manner, it's, "Dangerously Incompetent Stabenow."

We Can Do Better said...

Yes, Debbie is an idiot. And, her husband employs the services of hookers.

Don't blame the husband. If the cow offers only sour milk, what choice does he have? Besides, what problem could she have with it. She supports all other social ills, why not her own?

This beast should form her own corporation to develop such a magical battery. And get all her green pals to invest in it.

Imagine the fortune that could be made. I pity the taxpayers who have to foot her fantasies.

Ugly of face, ugly of soul.

Many of these folks were obviously picked on as children, and spend their entire adult lives making the rest of us pay for their earlier pain and suffering.

In other words, they are sick puppies, and should be on medication and locked up to keep from harming the rest of us, instead of lording over the sane people.