Earlier today, the Washington Post sounded the obligatory alarm klaxon for would-be law school students (something that Professor Glenn Reynolds has warned of for years): 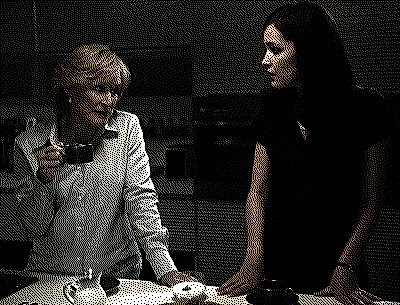 Since 2008, a retrenchment at the nation’s law firms has had newly minted attorneys wringing their hands over the rapidly shrinking job market.

Yet enrollment at law schools has continued to climb, with a record 44,004 people earning law degrees last year. The result has been that employment rates for new graduates are at their lowest levels since 1996, a gloomy prospect for students who borrow heavily to attend law school. Recent surveys of graduates show a growing proportion carrying loans of $120,000 or more.

Now, regulators and members of Congress are pressing the agency that accredits law schools — the American Bar Association — to step up efforts to keep student debt levels down and reduce the risk of default.

The article spotlights a Department of Education review that pins much of the blame on the American Bar Assocation (ABA).

The ABA shot back Thursday with a letter to Grassley’s office, saying it does not track student loan default rates for all law schools because most — 181 of the 200 ABA-approved schools — are part of larger universities that do not break out the data for each academic program. The ABA, however, does track default rates for the remaining 19 schools, which operate independently; default rates at those schools range from zero to 7.4 percent.

ABA President Stephen Zack said he shares Grassley’s concerns about making law school financing and postgraduation job prospects transparent, and that the compliance issues raised by the Department of Education “are being dealt with in an expedited manner.”

The problem is that there are countless liberal arts majors getting out of college with nothing to do. They are only 21 or 22 years old, and seek out law school as a "defined" career path. They are duped and misinformed by law schools into unrealistic expectations about how many new attorneys actually get big firm jobs. Movies and TV similarly dupe non-lawyers into thinking that the practice of law is a ticket to wealth in a profession where one earns a living merely by arguing cleverly across a table for eight hours a day and, and when the day is over, have flings with hot co-workers.

The reality is that young attorneys spend hours in the library reading boring materials and writing lifeless boilerplate. The business model of most law firms is to convince clients to pay for attorneys' work, one hour at a time. Attorneys don't make money unless they earn it by billing their time to someone who is willing to pay for it, in six minute increments. It is not a sexy job.

There are several simple solutions: (1) Any schools (law schools or otherwise) that offer student loans must be on the hook for 10% of any defaults; (2) No federal loans for any school with defaults beyond a given threshold; (3) Schools must index nominal tuition to inflation if they are to offer federal student loans.

These three suggestions make eminent sense, which means that they are certain to be ignored by the federal government.

at 9:30 PM
Email ThisBlogThis!Share to TwitterShare to FacebookShare to Pinterest
Labels: Economy, Education

Good point about the liberal arts majors looking for their "rightful place in the world" as they see it. It is the sense of entitlement in your youth.

Saw something similar when I got my MBA as a 40-something. Classes were filled with kids with a near-useless BA who had never held a paying job in their lives. Very disappointing.