Stating that "We've run out of time" to avert a debt crisis, workaholic president summons peasants to White House... at 11am tomorrow

Citing a growing concern that his direct line to the taxpayers' wallet may be shut off, a petulant and narcissistic President Obama demanded that Congressional leaders show up at the crack of dawn tomorrow to bang out a deal. Or at least sometime around 11am. Let me guess: he's got an early tee time Saturday. 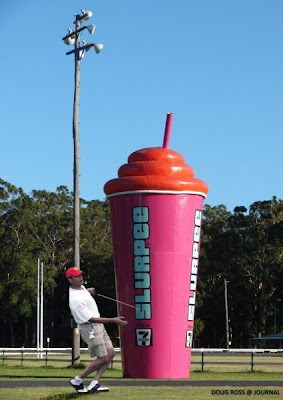 President Obama unleashed a tirade of frustration, anger and disappointment toward Republicans Friday after House Speaker John Boehner announced he was withdrawing from negotiations with Obama.

The president, in possibly his most emotional and stern appearance to date, said in no uncertain terms that he is summoning congressional leaders to the White House on Saturday morning.

“I want them here at 11 o'clock tomorrow,” Obama said. “We have run out of time, and they are going to have to explain to me how it is we are going to default.”

Obama’s fury toward Boehner was on full display as he several times accused the Speaker of walking away from the talks... “I think one of the questions the Republican Party is gonna have to ask itself is can they say yes to anything,” Obama said.

...The president repeatedly used words like “inexcusable” and “irresponsible” to blast House Republicans, saying Democrats had stepped up and been willing to sacrifice on entitlements.

...To that end, Obama asked Republicans “how serious are you” about wanting to address debts and deficits.

Uhm, Mr. President, the Republicans have passed a plan that avoids a downgrade by the rating agencies.

Mr. President, the Republicans have passed the 2012 Ryan budget that saves the dying entitlement programs.

Hell, by a 2-to-1 margin, adult Americans support a Balanced Budget Amendment!

Democrats have proposed nothing. Nothing at all. For an inexcusable 813 days, unprecedented in American history.

Hold firm, Republicans. Any default, any economic catastrophe, any fiscal constipation -- beyond that which Obama has already levied upon us -- will be the Democrats' responsibility alone.