Gang of Six Reactions From Around the Web: It "Raises Taxes by $3 Trillion" and "It's based on dishonest Washington budget math"

The "Gang of Six" bipartisan plan to "reduce our nation's deficits" has touched off a wide range of reactions. My personal highlights:

• The Washington Examiner's Conn Carroll: "Gang of six plan raises taxes by $3 trillion - they are using a CBO baseline that assumes the AMT continues as written today and that the current Bush rates expire. Last August, the CBO said those policies would amount to a $4.8 trillion tax hike. Which means the the Gang of Six plan probably raises taxes by about $3+ trillion over current rates." 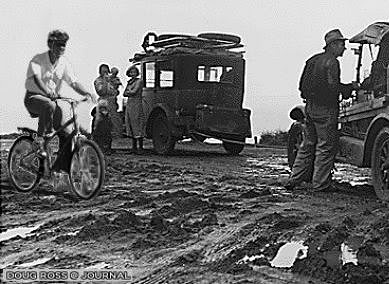 • Daniel J. Mitchell: "The entire package is based on dishonest Washington budget math. Spending increases under the plan, but the politicians claim to be cutting spending because the budget didn’t grow even faster."

• The Foundry: "The Gang of Six promises — an unenforceable promise — that some time in the next six months Congress will enact a second law with all kinds of Christmas presents for everybody - The Gang of Six circulated a plan that has Congress enact a law now whose principal elements (1) make unspecified spending cuts and unspecified tax increases to yield a $500 billion reduction in the federal deficit, and (2) impose spending caps on discretionary spending, but not on Social Security, Medicare, Medicaid and welfare programs that are the main cause of out-of-control spending."

• At Americans for Tax Reform, John Fund: "Gang of Six Tax Hikers - The problem is a majority of Republicans ... have signed an anti-tax pledge... but if you’re going to get rid of tax credits or tax deductions, you have to balance it with tax cuts on something else so you don’t have a net tax increase. And of course in a weak economy as we have now, I think a net tax increase would be a real mistake; and it would be a clear violation of the pledge for any Republican that signed it."

• The American Spectator's Joseph Lawler: "Perhaps the reason the Gang of Six plan is politically viable is that is mostly a promise to make cuts in the future, rather than a measure to cut spending now." Not good.

• Politiho: "President Obama praises 'Gang of Six' debt ceiling plan - President Barack Obama hailed a proposal offered Tuesday by Republican and Democratic senators as “a very significant step” that represents “the potential for bipartisan consensus” on resolving the impasse over cutting the deficit and lifting the debt ceiling." Double not good.

Mitchell concludes with some serious questions:

2. What does it mean to promise Social Security reform “if and only if the comprehensive deficit reduction bill has already received 60 votes.” Who defines reform? And why does the reform have to focus on “75-year” solvency, apparently to the exclusion of giving younger workers access to a better and more stable system?

3. Will federal spending under the plan shrink back down to the historical average of 20 percent of GDP? And why aren’t those numbers in the summary? The document contains information of deficits and debt, but those figures are just the symptoms of excessive spending. Why aren’t we being shown the data that really matters?

This plan is outrageous. This is another hack job by Beltway insiders bent on preserving the status quo, massive deficits and, eventually, complete economic collapse.

It does nothing to solve the real problem. Government is just too damn big.

We need Cut, Cap, Balance. And that is all we need. As Michelle Malkin says, "Make your voices heard: Congressional switchboard number – 202-224-3121."

Linked by: Protein Wisdom and The Tatler. Thanks!

When will the American sheeple wake up? It is past due for the Revolution part two...for all you sheeple out there -- read the Declaration of Independence and then get back to us once you figure out the shiat your hero's have put us in.

Oh BTW -- for those really intellectually challenged...if you think there is a difference between either corrupt political party please go jump off the nearest cliff (that is more than 10 feet high)...and if you can't figure out why try Niagara Falls since that will show you the light.

These bastards are trying to stir up a rebellion!

$2.5 trillion in budget cuts and then $1.25 trillion in new taxes, over ten years is supposed to address our budget crisis?

Assuming they really mean to cut the budget, which they don't, that comes out to an average of $375 billion a year.

This is a sell out to Obama and a sellout of America.

Another gang of six screws Ameria!

Wait till you find out what deductuions are going to disappear. Mortgage, charities, professional expenses?

Wait for the new Gang of Six hit, "Taxman" by the Beatles coming to the IRS any day now.

Hard Re-set needed. Time to water the tree of liberty.