I'll Give You Three Guesses Who's Behind The Daily Caller's Migraine Hit Piece on Michele Bachmann (Or Should I Call It 'The Daily Cromney'?)

Monday's feature article on Michele Bachmann in The Daily Cromney ("Stress-related condition ‘incapacitates’ Bachmann; heavy pill use alleged") was one of the more thinly veiled Beltway hit pieces in recent memory. Reporter Jonathan Strong -- if that is his real name -- utilized a series of laughably anonymous and unattributable allegations to tar Bachmann. 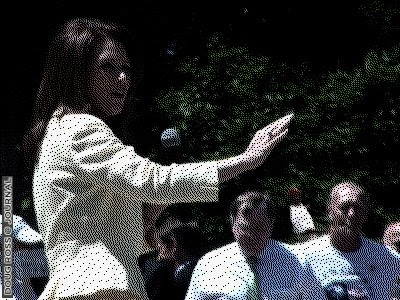 The Minnesota Republican frequently suffers from stress-induced medical episodes that she has characterized as severe headaches. These episodes, say witnesses, occur once a week on average and can “incapacitate” her for days at time

...Some close to Bachmann fear she won’t be equal to the stress of the campaign, much less the presidency itself.

...“As president, when she’s in crisis management mode, is she going to have the physical ability to withstand the most difficult challenges facing America?” the former aide asks.

TheDC agreed to provide the sources anonymity because they were providing information only a select group of people could know, at great professional risk...

Coincidentally, two sources reported to me that Jonathan Strong enjoys consorting with underaged panda bears. They brought this information at great professional risk to themselves. A third source confirmed that Strong has been seen at the zoo late at night wearing only a trench coat.

And, gee, Tucker, aren't there more important things to "investigate" if we're going to save this Republic? 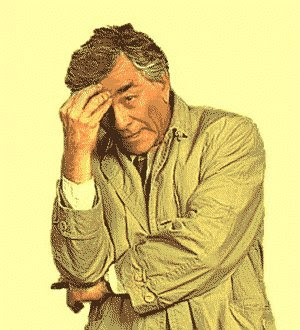 Excuse me Mr. Obama, I mean President Obama, sir. Uhm... know you are busy and important and stuff. I mean serving as president is very important and . . . ah... I hate to bother you. I will only take a minute okay, sir?

See, I have these missing pieces that are holding me up, and I was wondering sir, if you could take time out of your busy schedule and help me out. You know, no big deal, just some loose ends and things.

Hey, this White House sure is a nice place! The wife sees pictures of this place on TV all the time and says boy she wishes she had digs like this you know? Is that painting real? Really? Wow. I saw something like that in a museum once!

Oh, sorry sir. I didn't mean to get off the track. So if you could just help me out a minute and give me some details, I will get right out of your way. I want to close this case and maybe take the wife to Coney Island or something. Ever been to Coney Island? No, I didn't think so...

Well, listen, anyways, I can't seem to get some information I need to wrap this up. These things seem to either be 'locked' or 'not available'. I'm sure it's just some oversight or glitch or something, so if you could you tell me where these things are... ... ...have them written down here somewhere... oh wait. Sorry about the smears. It was raining out. I'll just read it to you.

Could you help me please find these things, sir?

'Who wants to know these things?' asks President Obama.

But not Tucker Carlson, apparently.

You can help out Michele Bachmann's campaign here.


Linked by: Ed Driscoll. Thanks!

Is the following reliable or not?

I'll break up the URL in case it gets chopped off:

that jackass Romney lost my vote with his ineffably moronic agreement with the global warming frauds, and now this? you attack Michelle, you are attacking ME, you bastard.

hey Romney, here's a clue - F off you F'g jerk. you Fake. I hope to God that our nation has the sense not to nominate your fake rino worthless ass in this most crucial election America has ever faced.