I always read your column, although I rarely agree with your positions. But your column this morning ("From London to Philadelphia, youths erupting over theft of their futures") almost gave me an aneurysm.

First, your equating of the looting in London to the shenanigans on Wall Street is absurd. Whatever bad things you may say about bankers, brokers, and consumers who helped drive the economy into the ditch in 2008 and 2009, they did not break the law. The same cannot be said about those in London who are destroying and stealing private property. 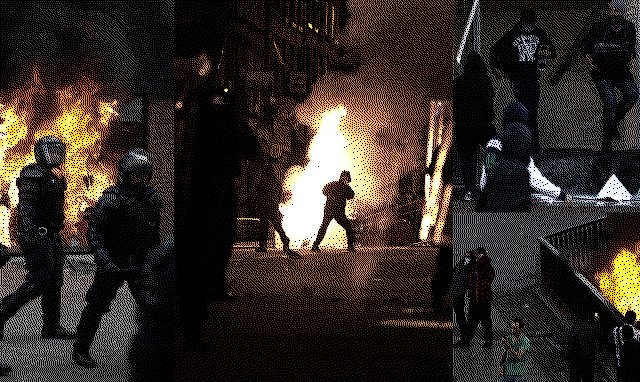 Second, your claim that those doing the looting across the pond are merely "striking out in anger over the theft of their futures" is simply glorifying bad conduct and misstating the facts. You may want to check some of the local coverage of events in the United Kingdom to give you a more accurate picture of what is going on.

Finally, the last paragraph of your column -- in which you accuse members of the Tea Party of being "anarchists" and of "threatening to destroy what they can’t have" -- is so profoundly wrong on so many levels that I am surprised that a man of your obvious intellect would even write it.

I am not a member of the "Tea Party," although I do subscribe to the view that the federal government is too large and spends too much money. Nonetheless, an anarchist is someone who supports "anarchy," which, by definition, is "the complete absence of government" and "political disorder and violence." Webster's New World College Dictionary (4th Ed.) Say what you want about the Tea Party, I am fairly sure this is not their agenda. Furthermore, anarchy has historically been understood as a left-wing ideology, which makes its application to the Tea Party even more far-fetched.

To be sure, members of Congress who were elected based on the ideals of the Tea Party in the 2010 election took a hard line with the Obama Administration on the debt ceiling issue. But they did so within the parameters of our political system. They did not burn down the Capitol, nor did they physically threaten any one's person or property. To quote Dwight Eisenhower: "Here in America we are descended in blood and in spirit from revolutionists and rebels - men and women who dare to dissent from accepted doctrine. As their heirs, may we never confuse honest dissent with disloyal subversion."

While you may disagree with the views of the Tea Party, you should at least embrace their right to express them. To use such pejorative labels as "anarchists" (or terrorists) in describing members of the Tea Party does a disservice to yourself and your readers.


Uncle Ben is a little too diplomatic with the Marxist Left for my tastes, but he is well-spoken.