5 Quotes That Capture the Spirit of the Day

After inheriting a stabilizing Iraq in the aftermath of a Bush Administration troop surge (which Obama claimed in 2007 couldn't succeed), Obama's decisions have resulted in today's ghoulish genocide and deepening chaos. Per habit, therefore, he now reverts to scapegoating others and pleading that he's little more than a helpless bystander to inconvenient world events. This from a man who in 2011 practically claimed to have fired the shot that felled Osama bin Laden. 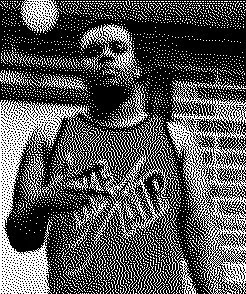 The unarmed teenager whose fatal shooting by police ignited days of heated protests in suburban St. Louis was suspected of stealing cigars and pushing a clerk at a nearby convenience store earlier that day, police said Friday... [Michael] Brown and his friend, Dorian Johnson, were suspected of taking a box of cigars from a store in Ferguson that morning. Jackson said Wilson, along with other officers, was called to the area after a 911 call reporting a "strong-arm" robbery just before noon.

The top Democrat in the House of Representatives [Nancy Pelosi] steered more than a billion dollars in subsidies to a light rail project that benefitted a company run by a high-dollar Democratic donor and in which her husband is a major investor... Pelosi’s tireless advocacy for federal support for San Francisco’s light rail system has come under scrutiny for potentially enriching another liberal billionaire, hedge fund manager Tom Steyer.

What are Americans seeing here? What do the rise of ISIS in Iraq, the return of the squeegee men in New York, the murder numbers out of Chicago, the endless stories on health care losses, IRS bureaucrat Lois Lerner — what do all of these events have in common?

This is the fulfillment of the liberal worldview crashing in on itself. A view of utopia — all of it. Every last bit of it. It was never real — it could never be real.

You think you’ve got problems? Put yourself in President Barack Obama’s shoes for a minute: Everybody’s mean to you, bad stuff keeps happening even though none of it is your fault, and you never get to do anything you want to do. It seriously sucks, dude! ... Has any other president in American history ever endured such suffering? That’s a rhetorical question. Of course not.

Obama's talent at picking kids to typify his adopted family is as suspect as his decision making ability in every area of life. When the tale of the tape is read both there is no doubt both Travon and Michael were legitimate candidates for the Darwin Award. That Blacks think there is a story here displays deep seated ignorance, some people call it a clue. To my nappy headed friends I'd say, get a grip, find a winning horse.

I think Biff has done a fine job of capturing those quotes which tell the story of America in the early 21st Century. Well done, Biff!