Denial: it's not just a river in Egypt. Here's the feckless nincompoop and national security "adviser" Ben Rhodes writing at the White House website. 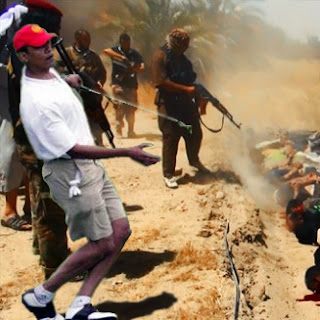 While both are terrorist forces, they have different ambitions. Al-Qaeda’s principal ambition is to launch attacks against the west and U.S. homeland. That’s the direct threat that we have taken direct action against for many years. Right now, ISIL’s primary focus is consolidating territory in the Middle East region to establish their own Islamic State. So they’re different organizations with different objectives.

8. Are we at war with ISIL? Will we be sending troops back to Iraq?

No. There is no U.S. military solution to the larger situation in Iraq. The United States’ chief goals are to protect our personnel and facilities, and to prevent a potential act of genocide. That is the scope of these operations. As the President said, we will support Iraqis as they take the fight to these terrorists, but no American combat troops will be returning to fight in Iraq.


Both answers are flatly untrue. ISIL has stated unequivocally that it is coming for Americans in America. 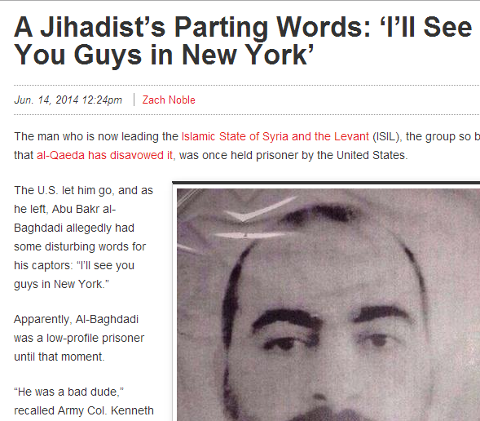 As for the second assertion, gee, Ben, while the White House may not be at war with ISIL, I can assure you that ISIL is at war with us.

Bah! POTUS says the mean old
Al-Quesadilla is on the run!