In June, we learned that the head of ISIS, Abu Bakr al Baghdadi, had been in US custody but was released in 2009 when President Obama closed down Camp Bucca in preparation for the US withdrawal of troops (yes, the withdrawal he repeatedly denies having anything to do with) from Iraq.

The Daily Mail reported then:

“[A]l Baghdadi, who also goes by the alias Abu Duaa, was an Islamic fundamentalist before the U.S. invaded Iraq and he became a leader in al Qaeda’s network before he was arrested and detained by American forces in 2005. 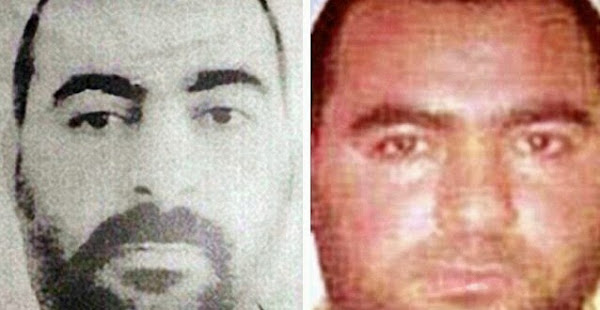 ‘Abu Duaa was connected to the intimidation, torture and murder of local civilians in Qaim,’ according to a 2005 U.S. intelligence report.

‘He would kidnap individuals or entire families, accuse them, pronounce sentence and then publicly execute them.’”

His modus operandi has not changed since that time. His group has pronounced sentence and publicly executed individuals or groups of people, be they Sunni, Christian, Yazidi, or American.

Since taking over huge areas of Iraq in June, ISIS has engaged in an inhumane campaign to create an Islamic caliphate. Their less brutal acts include desecrating graves of “infidels,”destroying Jonah’s tomb, abducting nuns and children, and harassing those of other religions.

ISIS’ acts of unmatched evil include burying women and children alive, multiple beheadings, tying a woman to two different cars and splitting her in two, crucifixion, and rape.

It’s time we learn the lesson that cold-blooded murderers who deliberately target innocent civilians do not abide by the same civilized rules as the rest of the world. When the U.S. captures and releases a hardened terrorist, he will simply come back another day, even more highly motivated to commit ruthless acts of vengeance.

THIS MAN IS GOING TO GET US ALL KILLED!