Malignant Neglect: The president talks about Ferguson, Mo., but not about a Chicago weekend where three dozen people were shot, seven of them killed, including a 16-year-old black girl who wanted to be a doctor. 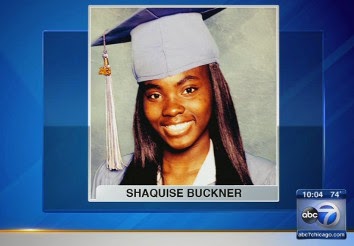 To his credit, President Obama was more judicious than usual talking about the shooting of Michael Brown outside St. Louis. He did not say the police acted stupidly. He actually made a rare attempt at acknowledging individual responsibility when he said that when young black men "commit a crime, they need to be prosecuted, because every community has an interest in public safety."

One of those communities is Chicago, about whose routine carnage the president has said little of substance, and where last weekend, as the fires of looted stores in Ferguson burned, seven people were shot dead and 29 were wounded. No need to put out the fires of perceived racial animosity or place special focus on the situation when it is young blacks routinely killing other young blacks.

If Sasha and Malia Obama, the president's young daughters, had another sister, she might look like 16-year-old Shaquise Buckner. Chicago police say Shaquise, who was the same age as Malia, appeared to have been the unintended target of a gang-related drive-by shooting early Saturday morning.

Yet Attorney General Eric Holder went to Ferguson, not Chicago. Thirty-six people are shot in Chicago in a single weekend, seven of them fatally, yet the FBI sends 40 agents to Missouri to investigate the shooting death of one young black male.

In his remarks on Ferguson and the difficulties of young black men, Obama spoke of "communities that feel left behind; who, as a consequence of tragic histories, often find themselves isolated, often find themselves without hope, without economic prospects. You have young men of color who are more likely to end up in jail, or the criminal justice system, than they are to end up in a good job or college."

One of those communities is Chicago.

The plight of young men of color didn't just happen overnight. It took decades of Great Society paternalism to destroy the black family, subsidize illegitimacy, impose a substandard educational system in thrall to teachers' unions, and to excuse inner city crime as the fruits of poverty. Obama spoke of his efforts to deal with the "root causes" of young black hopelessness, but here's one for you — the left turn in American politics.

In 1950, black women were likelier to be married than white women, and only 9% of black families with children were headed by a single parent. Today the black out-of-wedlock birth rate is an alarming 72%. Yet the emphasis is more on promoting gay marriage than saving the black family.

The latest data available from the Census Bureau's Current Population Survey show the percentage of black Americans living in poverty expanded from 25.8% to 27.2% from 2009 to 2012. The latest Agriculture Department statistics show that among blacks, food stamp recipients rose from 7.4 million when Obama took office to nearly 11 million in 2012.

Decades of Great Society paternalism, continued under Obama, have created a generation of young men without jobs or fathers, and catastrophes played out daily on the streets of Chicago and other urban centers. The tragedy is that we pay more attention to the reason Michael Brown was shot than to the reason Shaquise Buckner will never grow up to be a doctor.

After hearing the Press talk to Barry about Ferguson it's not hard to imagine them chasing him around the room naked singing "Lets Make Love".
https://www.youtube.com/watch?v=Fw1aDkr2Z5E&list=RDFw1aDkr2Z5E

And here is Barry's retort:
https://www.youtube.com/watch?v=zH-cPckntEY

And I thought I heard the Tea Party singing the refrain:
https://www.youtube.com/watch?v=3i6OrOZwtmA