SHELL GAME: The Real Tactics of the Federal Reserve 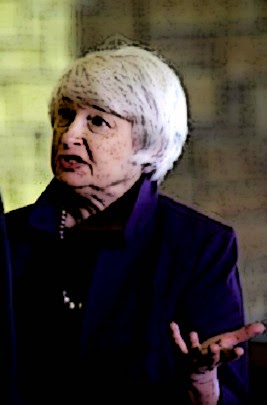 The first paragraph in Yellen’s speech began with this sentence: “In the five years since the end of the Great Recession, the economy has made considerable progress in recovering from the largest and most sustained loss of employment in the United States since the Great Depression.”

Then, the first paragraph ended with the admission that “…five years after the end of the recession, the labor market has yet to fully recover.”

Many of the remaining 3,450 words she spoke refuted the claim of “considerable progress” and turned over multiple shells in search of the pea that explains why the labor market has not “fully” recovered.

In her penultimate paragraph, Yellen stated that, although labor market conditions have “improved more rapidly [rapid after five years?] than the Committee [Federal Open Market Committee, or FOMC] had anticipated,” “Of course, if economic performance turns out to be disappointing and progress toward our goals proceeds more slowly than we expect, the future path of interest rates likely would be more accommodative [read “lower”] than we currently anticipate.”

Throughout her speech, Yellen used “if,” “might,” “may,” and “could” a total of 58 times. (The saying, “If my aunt had a moustache, she’d be my uncle” is only disputed by those with aunts who have moustaches.)

FED policy going forward is dependent on finding the pea that will drive the maximum employment goal. Here’s a sampling of Yellen’s ruminations on that search:

That takes us a little over halfway through Yellen’s speech. Before she finishes, she deploys a disputed Keynesian hobby horse built on the Phillips Curve.

Andre Atkeson and Lee E. Ohanian, Visiting Scholars, Research Department, Federal Reserve Bank of Minneapolis, and Professors in the Department of Economics at the University of California, Los Angeles, authored “Are Phillips Curves useful for Forecasting Inflation?” They answered “No.”

“[W]e think that any inflation forecasting model based on some hypothesized economic relationship cannot be considered a useful guide for policy if its forecasts are no more accurate than such a simple atheoretical forecast. Our results contrast sharply with the conventional wisdom. We find that over the last 15 years, all three sets of NAIRU [non-accelerating inflation rate of unemployment] Phillips curve-based inflation forecasts have been no more accurate than the forecast from our naive model, that inflation over the next year will be equal to inflation over the previous year. We conclude that NAIRU Phillips curves are not useful for forecasting inflation.” (Highlighting added.)

Conclusion: FED Chair Janet Yellen’s recent speech gave us a glimpse behind the curtain that conceals the FED’s Wizards of Smart.

But it did not provoke noteworthy confidence on Main Street.

In the Wizard of Oz, Dorothy said to the Wizard, “I think you are a very bad man.”

And the Wizard replied, “Oh, no, my dear; I’m really a very good man, but I’m a very bad Wizard, I must admit.”