Larwyn's Linx: The Hell That is the Obama White House

The Hell That is the Obama White House: David Horowitz
Listen To The American People: Secure Border, No Amnesty: Michael Johns
Everybody Harry Reid’s ever viciously attacked getting ready for 2016: Moe Lane 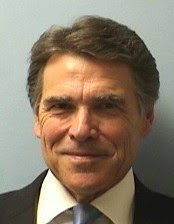 Another Species Has Gone Extinct: Erick Erickson
Gary Peters Plays Both Sides of Energy Debate for Dollars: Dan Riehl
If there wasn't an election soon I might be happy about falling gas prices: WyBlog

Yes, AP Violated Its Style Guide to Refer to Michael Brown, 18, as a ‘Youth’: Ed Driscoll
David Gregory's Liberal Tenure at 'Meet the Press': More Mouthpiece Than Moderator: MRC
What a Getty Photographer Captured Before He Was Arrested in Ferguson: NatlJrnl

The Meltdown: Bret Stephens
Under What Conditions Can The US Army Engage Citizens: The Army's "Civil Disturbances" Primer: ZH
AFDI Rally for Israel & Persecuted Religious Minorities in the Middle East: Urban Infidel

QOTD: "President Obama went back to his vacation on Martha’s Vineyard Tuesday evening following less than 48 hours in Washington, leaving people puzzled over why he came back in the first place.

Obama’s two days in Washington were mostly quiet, and concluded with the president receiving his daily national security briefing in the morning, and joining Vice President Biden to huddle with members of his economic team in the afternoon.

Administration officials have insisted for weeks that the president just wanted to return to the White House for a series of meetings, but the explanation was met with a healthy dose of skepticism, since Obama rarely interrupts his vacations." --Justin Sink, The Hill

Obama's alleged comment concerning himself when asked about Jim Foley was revealing. He said leadership is about keeping your head when all about you are losing theirs and blaming it on you.
I thought it strange that this semi-retired little man who knew weeks ago that Foley was being held for ransom concerned himself only with himself.
See you when you return from the Vineyard next month Barry, buy a fiddle.

So when will they expect Texas's newest Felon to surrender his guns?

That's not quite a fair statement, Perry has not been convicted but it does raise a good point. There are no protections in the legal system for innocent people. Neither prosecutors or defense attorneys have ever met an "innocent person" because they feel that if you are in the system you are guilty.
There are multitudes of men who have lost their guns (and 2nd Amendment rights)because they made it this far in the process due to lying wives, lying girlfriends and hate filled neighbors. Perry needs to get out of this but the RATS have him where they want him now.