THE TRIFECTA OF BUSTED: Obama IRS caught lying to the Courts, Congress and the American People

Judicial Watch does it again, acting as an advocate for the American citizen when neither party appears willing to uphold the law. 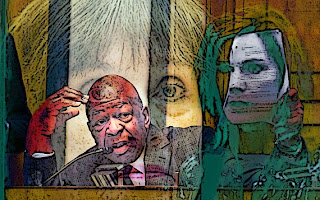 Department of Justice attorneys for the Internal Revenue Service told Judicial Watch on Friday that Lois Lerner’s emails, indeed all government computer records, are backed up by the federal government in case of a government-wide catastrophe. The Obama administration attorneys said that this back-up system would be too onerous to search. The DOJ attorneys also acknowledged that the Treasury Inspector General for Tax Administration (TIGTA) is investigating this back-up system.

We obviously disagree that disclosing the emails as required would be onerous, and plan to raise this new development with Judge Sullivan.

Would it be too much to ask to see John Koskinen, Lois Lerner and Steven Miller frog-marched into the federal pen?

Or for the pathetic John Boehner to name a Select Investigative Committee on the IRS?

> The Obama administration attorneys said that this back-up system would be too onerous to search.

Exactly what value are these backups then? In the event of a government-wide catastrophe, will they have as much trouble finding something like say, DOD launch codes, the criminal justice system records of inmates and parolees, military pension and medical information, ... ? This is the freakin' IRS! Doesn't anyone in fedgov consider that a mission critical function, and if so why have they done such a shoddy job preserving critical records. Yes, critical records because a good deal of actual white collar work is done in email.

I say we believe what this administration is saying. They are simply too incompetent to be entrusted with a Tonka truck, much less the levers and controls of a federal behemoth.

The 'pathetic' John Boehner is probably much more than mere pathetic. He's probably been blackmailed for the past few years.

If Chris Christie and Rick Perry could be targeted by the left for the most absurd 'criminal' charges, imagine what a putz like Boehner has in his past with which the left has used to extort him into an otherwise absurd and unexplainable passiveness.

How about frog marching Boehener into the pen for dereliction of duty. How about impeaching the treasonous bastard. It would be the perfect place to start.
If the sleazy bastard did his job like he is supposed to do most of this treason and tyranny going on would be very difficult to pull off. The coward is the bulwark, the only only bulwark of a system of Republican form of government because he is the chief elected representative of the little people, the only connection between the people and the entire leviathan. It is his only job. You know, like speaker of the house of representatives. And the little prick can't even do that.

Me:
"The only way to get of tyranny in high places, is to get rid of the tyrants and their high places".