In case you don't live on the Left Coast or hadn't heard the news today, California suffered a significant earthquake early Sunday. It was the strongest quake in the region in 25 years.

The quake was the strongest to hit the Bay Area since 1989, when a 6.9-magnitude one struck during the World Series. The Loma Prieta earthquake caused 63 deaths, 3,757 injuries and an estimated $6 billion in property damage... 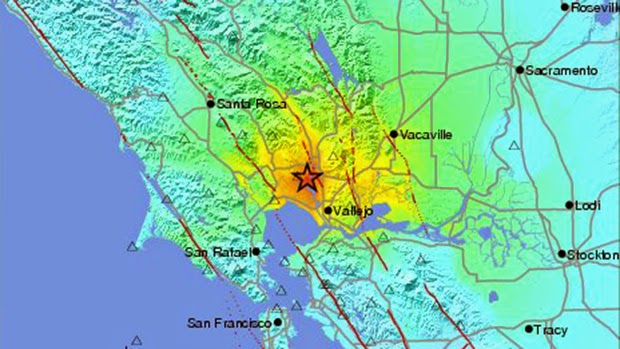 The 1994 Northridge earthquake in Southern California was nearly as deadly -- 60 people were killed and more than 7,000 were injured. The USGS says 20,000 people were left homeless in its aftermath... 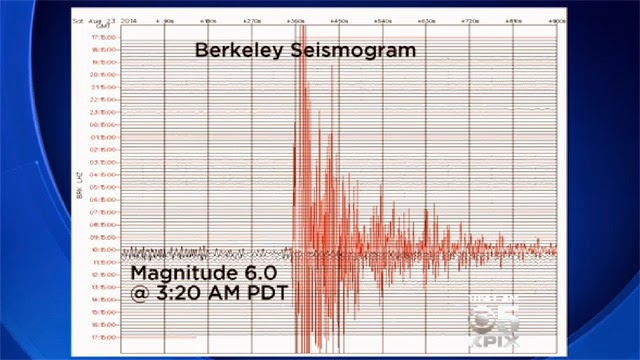 While not nearly as damaging, this morning's quake is said to have injured up to 120 with three in critical condition.

3D representation of the shaking from last night’s 6.1 earthquake north of SF near Napa pic.twitter.com/ziOmQsSPes

at 7:23 PM
Email ThisBlogThis!Share to TwitterShare to FacebookShare to Pinterest
Labels: Scitech