The Mexican foreign ministry has launched a formal protest in response to Governor Rick Perry’s decision to send Texas National Guard Troops to the southern border.

According to a head-scratching statement released by Mexico, there is apparently no border security problem and the State of Texas has grossly overreacted. 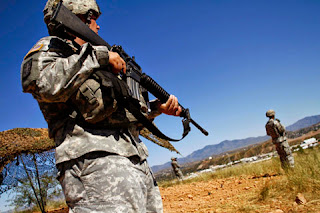 Mexico “reiterates, in a firm and categorical way, its rejection of this measure,” read a statement from the foreign ministry.

“No circumstance at all or change in border security exists that justifies this measure taken by the state.”

The troop deployment “does not contribute in any way to solving the immigration problem,” and is inconsistent with US-Mexico talks aimed at “building a modern, prosperous and safe border,” the statement read.

Governor Rick Perry called up 1,000 Texas National Guard Troops in an effort to curb the flow of illegal immigrants into the state. Several dozen troops began arriving in the Rio Grande Valley last week as part of the state’s Joint Counterdrug Task Force.

While Mexican officials may protest and propagandize the situation, the evidence is clear. There has been a significant change in the circumstances on our southern border in recent months and tens of thousands of migrants, including criminal drug cartel and gang members, have made their way into the United States. Moreover, the Mexican government itself is facilitating the mass migrations. 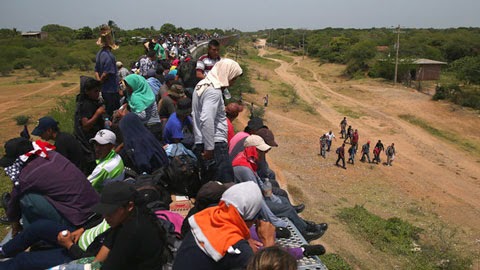 (Pictured: The Beast train transports thousands of immigrants to crossing points on the southern border)

The foreign ministry says that they want to create a safe and prosperous border, yet some 70,000 people have been violently killed in Mexican border cities in the last 6 years as part of the ongoing drug war.

Is this what the ministry means when they say they want to build a modern and prosperous border region?

And while Mexico may be negotiating with the U.S. government about how to best handle immigration policy, to suggest that deploying Texas National Guard Troops does not “contribute in any way” to solving the immigration problem” is patently ridiculous.

Perhaps it doesn’t solve the problem of how Mexican officials can move thousands of people into the United States illegally, but it certainly helps to slow down the migration from America’s perspective.

Up until recently a sparse group of Border Patrol agents were stretched out across the border. Now, those attempting to cross over will be faced with a more formidable force: 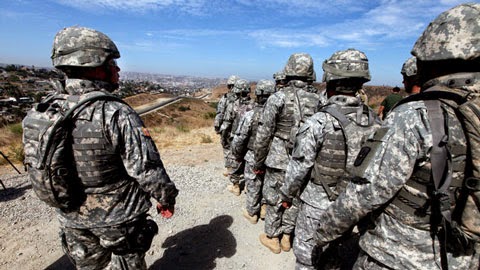 We have militarized federal law enforcement agents who have been tasked with securing internal travel points throughout the United States.

Maybe it’s time we send the heavy firepower down south instead: 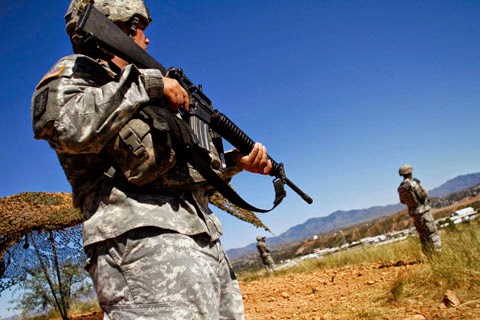 The irony in the statement from the foreign ministry is apparent in the following photo, which shows a Mexican border patrol agent guarding a river access point from illegal immigration on Mexico’s southern border with Guatemala: 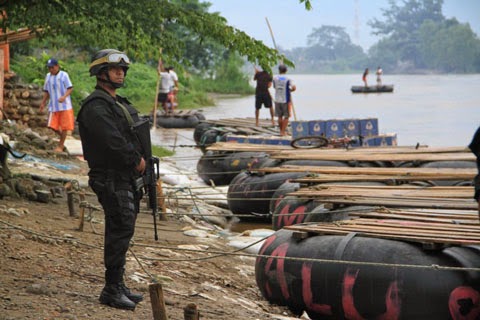 Despite the protests from Mexico, there is only one way to ensure the security of the U.S. border from foreign threats and it involves utilizing our military in the same way that the Mexican government is utilizing their military on their own southern border.

It's none of Mexico's business. We do not want your citizens illegally invading the USA.

We want our laws respected and obeyed - even by our outlaw alleged president and his coterie of crooks.

Since when does Mexico tell the USA how to secure our borders.

Mexico is upset because the people they were helping to dump across our border are now going to increasingly end up in Mexico. What's that old saying? What comes around goes around.

I only worry about the private who will be left to fend for himself when he is overrun and makes a poor decision. Some are only 18. I hope Perry backs them when it happens.

As long as Sergent Tamaresi is being held, BACK THEM UP WITH ILLEGALS that seem to have no problem traveling over the Southern Mexico Border and Interior. Let them carry that water.

I wouldn't be a bit surprised, if the obama administration helped write the protest letter with the mexican government.

It doesn't matter about the
teas guard. THEY ARE NOT COMING TO HELP SECURE THE BORDER!! They are coming to facilitate moving the crossers to staging areas and relieving DPS and Border Patrol for law enforcement (smuggler and adult crossers,)who are still many.