Without massive redistribution and subsidies, the Tesla Sedan would probably sticker for $400,000. And it would still be worth about $18,000.

Car thieves have confirmed its value, it would appear.

Good news for those of you who own a Tesla Model S—it's a car that's sharing top honors on the current list of "least stolen" vehicles within the United States... 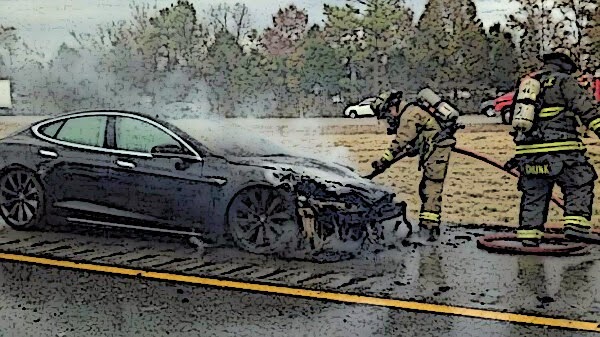 ...Tesla's Model S currently enjoys an extraordinarily low vehicles-made-to-vehicles-stolen-ratio. For every 1,000 vehicles shipped out of the Tesla factories, an average of 0.15 are stolen. Or, to flip the equation around a bit, one out of every 6,666 Tesla Model S cars are swiped...

...And as for why nobody appears to be running away with Model S in mass quantities, there are a few possible explanations. First off, there simply aren't that many Model S vehicles on the roads compared to the mass-produced, gas-guzzling cars of the company's competitors—more cars, more potential for theft.

There's also the fact that thieves aren't likely to get much resale value when they run away with a Model S car.

That and the fact that the Tesla has been known to occasionally turn into a fireball when it encounters road debris, perhaps.

BS - the Teslas are bought only in the tonier white bread neighborhoods, far from the professional car thief territories.

I'd also guess there is not a volume business in parting out a stolen Tesla, unlike a Toyota Corrella, for example.

When they are stolen, it's strictly for joy-riding and trashing.