Submitted for your consideration: are these two news stories somehow... connected?

Obama Has Played 29.5 Hours On The Golf Course As Race Riots Rage 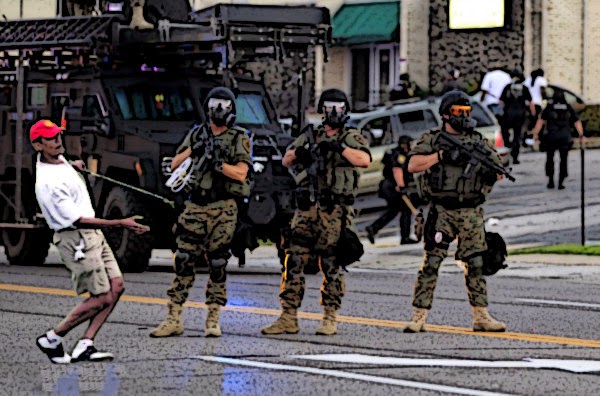 By the numbers, "Obama is in the middle of a two-week vacation at the $12 million, 17-room mansion of a Democratic Party fundraiser wherein, according to ABC News, he has played 29.5 hours of golf, attended a Democratic fundraiser, partied at a birthday bash, spent 6.5 hours on the beach, and attended a jazz concert on Sunday... According to Gallup, Obama's job approval stands at just 41%."

I am flabergasted that it is not minus 41%!!

This guy knows he can leisurely live like a billionaire on our money while the nations descends into hell, because hell is exactly where he wants the nation.

What is taking so long for people to get it?

He's golfing because *he* sent his operatives to Ferguson to incite chaos and keep it going.

he's golfing because his goal is to set the world on fire, arming and aiding the enemies of the FUSA.