Barack Obama’s unlawful new EPA regulations -- created in secret and orchestrated by what a Senate report calls "The Green Billionaires Club" -- threaten the integrity of the entire electric grid this winter.

An unstable electric grid combined with a winter that promises to be "colder and snowier" than prior years appear to be a true recipe for disaster, especially in the bluest of states like Illinois, New York, and Massachusetts. 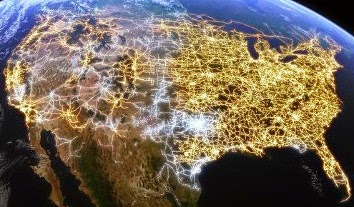 Joe Bastardi: … It’s flowing along right now into the type of El Nino situation that is notorious for giving the United States cold, snowy winters, especially in the eastern part of the United States, relative to the averages. That would be significant because we were within one power plant last year of having the grid overload …

Question: This is sounding horrific. I know that in the first quarter, the weather was said to be to blame for the slow economic growth. Are we going to stop working, basically is what you’re saying?

Joe Bastardi: This year, if you get the kind of winter that we had in 2009-2010 or 2002-2003 with the nation’s grid on the ropes the way it is and some of these regulations that I hear about coming down that are supposed to close plants on January 1st – and what I know, because we’re involved in getting people ready to fight snow in cities around the country – this could be a very, very big economic impact on the winter. And we’re very concerned about that.

Under the bogus rubric of "protecting the environment", the Green Energy Billionaire's Club operates in secret while simultaneously enriching itself and undermining capitalism.

An explosive, 92-page Senate study entitled "How a Club of Billionaires and Their Foundations Control the Environmental Movement and Obama’s EPA”" has been largely ignored by vintage media. It reveals the truth behind the Marxist environmental movement and its goal of advancing fascism in the name of the environment.

Would someone please explain to me how a government agency can make regulations that aren't laws passed by Congress and signed into law by the president. What gives them the authority to do this? Why does anyone have to obey these arbitrary regulations? Why is no one challenging them?

A few years ago it was revealed that the EPA would give "grants" to different environmental groups. Those groups would sue the EPA to do something they "didn't" want to do. In court the EPA would then be forced to do what the environmental group wanted. This way they could get regulations in place by court order when they knew they couldn't get the regulations in place otherwise.

What gives them the authority? The COnstitution is dead. Giving up freedom for temporary safety. Because small incursions on our freedoms weren't nipped in the bud. Theres no backlash against large intrusions of nanny state. And dancing with the stars.and where is my chec? Wheres my phone.pay my rent. Now the monster seems too large and scary to fight. No one wants to be the first one shot. And learned helplessness. Someone will ride in and save us.

Look up "Geoengineering" and HAARP on Wikipedia.