An Ohio school was placed on lockdown Wednesday after a man with a “heavy accent” phoned the school and threatened to murder children with an AK-47 due to the current conflict between Israel and Hamas, according to local police. 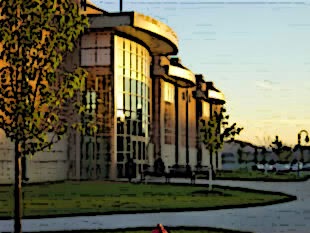 All schools in Pickerington, Ohio, were placed on lockdown after an unknown man made a threatening call to the Pickerington North High School, Fairfield County Sheriff Dave Phalen confirmed ... The man, who claimed to have an AK-47, said he planned to launch an attack on the school and kill students over his apparent anger at the Middle East conflict, Phalen said.

“The school received a call [at around 11:15 a.m.] from a male with a heavy accent and he indicated that he was going to attack Pickerington North due to attacks on Israel and was going to kill the kids and that he had an AK-47 gun,” Phalen recounted... “He identified himself as ‘Mohammed Shehad,’” or something similar to that, and claimed to live in the area, Phalen said, explaining that those who fielded the call were unsure precisely what last name the man provided. 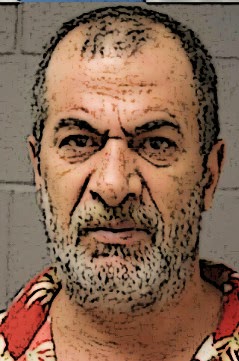 A man who had an ISIS flag waving from his vehicle is facing several charges after he threatened police with a bomb Wednesday morning when he was pulled over on the Southwest Side... Emad Karakrah, 49, was charged with felony counts of disorderly conduct and aggravated fleeing; and a misdemeanor count of driving on a never-issued license, according to Chicago Police. He was also issued three traffic citations.

Someone called police after seeing a “suspicious person” driving a silver Pontiac southbound in the 7700 block of South Kedzie at 9:18 a.m. with an ISIS flag waving out the window, according to a police report.

Officers attempted to pull over the vehicle, but the driver took off, according to the report. The officers called for assistance, and another officer pulled the vehicle over after it went through several red lights.

On third thought, I blame the Crusades.

Hearing stories like these two more often in the pathetic main media.

The stories should have been headlined by stating..."Results of Inbreeding, Low IQ's, results in Islamic....."

So if one of these homie jihadis were to get shot by a bystander would they get off with a self defense plea? A grand jury no bill because an ISIS adherent is an obvious immediate threat like a rabid dog running down the street?

Asking for a friend.

Just another moderate Islamic type. Any bets he will not be deported?